There are two stocks on Dalal Street, that have the same outstanding qualities of MS Dhoni and Hardik Pandya. In fact, experts at IIFL Securities have recommended investors to go ahead and buy these stocks. 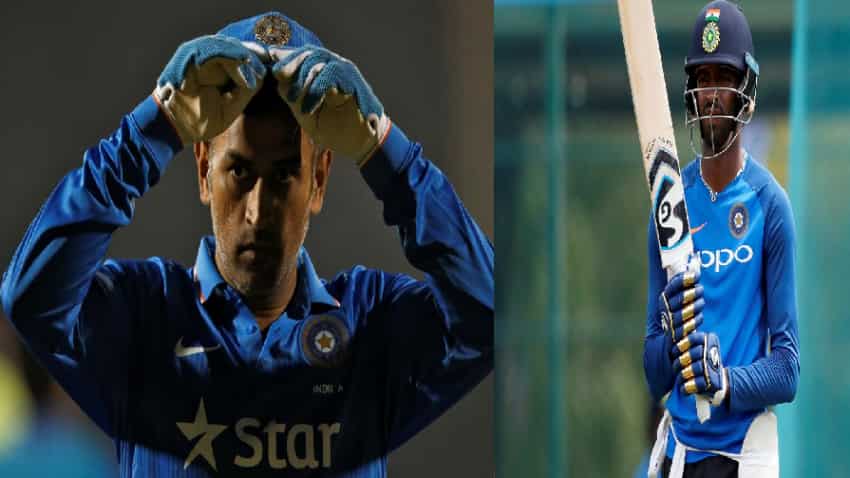 The Men in Blue have become the talk of the cricket world. Photo: Reuters

In the ICC Cricket World Cup 2019, Indian cricket team has made a strong start by winning all the matches they have played so far and that too in a bold manner. India’s first win was against South Africa, while second was against Australia. The Men in Blue have become the talk of the cricket world as the team to beat in the tournament! India will now face New Zealand, which has been the top performer so far in this season. From the last two matches, Indian fans saw different shows by the players . In the first match, bowlers showed outstanding wicket taking skills, in the second one, the Indian batsman outgunned  their Australian counterparts and put up a massive total.

While each and every member of the Indian cricket team led by Virat Kohli has been on their toes constantly and entertaining the crowd with their skills, there are a few key players who were outstanding and a big help to ensure victory. Definitely, the top 3 batsman including Rohit Sharma, Shikhar Dhawan and Virat Kohli have been great up till now, it was the key guidance of wicket keeper MS Dhoni  and swashbuckling all-rounder Hardik Pandya that caught the attention of cricket experts and the audience.

Guess what! There are two stocks on Dalal Street, that have the same outstanding qualities of MS Dhoni and Hardik Pandya. In fact, experts at IIFL Securities have recommended investors to go ahead and buy these stocks.

Ayon Mukhopadhyay, analysts at IIFL Securities said, “The Cricket World Cup is here again! But unlike the damp green tops that normally greet batsmen in England, the pitches this time around seem to be soaking in the sunshine, promising many a run fest. The mood is equally sanguine in the Indian markets, with the ‘Captain’, PM Modi, ardently padded up for his second innings. And so, we take a shot at selecting a team of World beater stocks, not only for the month-long tournament but perhaps till the next elections."

For all-rounders stock, Mukhopadhyay said, “Equally dexterous with both, the bat and the ball, these players can lend the final momentum to innings and provide those crucial bowling breakthroughs. Also, if there is a cyclical downslide, they can hold the innings together in a solid partnership with less aggressive players, as their earnings come from multiple sources.”

In this segment, Mukhopadhyay’s top pick was Tata Global Beverages (TGBL). Here’s why!

For the past few years, TGBL has been a bits-and-pieces dasher, appearing in small global T20 leagues, but not really unearthing its mojo. However, it has been identified by the Tatas as their protégé for becoming the consumer face in India. It is highly ambitious and shows a lot of faith in the rookie. Already, the bowling dexterity of Tata Chemicals have been rapidly imbibed. The merged all-rounder would have growth drivers across time horizons. With 75% of the consolidated business coming from India, a re-rating is imminent.

Going forward, on wicket keeper-kind stock, Mukhopadhyay said, “This includes a no-frills safe option that does not let anything slip by. It holds on to chances offered in an upcycle and protects the portfolio if the middle order crumbles.” That said, the analyst has recommended ICICI Lombard as top pick.

Reason behind ICICI Lombard being good stock is that, the disciplined conservative style makes this player safe, as a house. New changes in playing conditions brought about by regulations have favoured ILOM’s style of play and allowed it to focus on profitability over growth. ILOM is a good long-term compounding story, to stand solidly behind the stumps, and will keep accumulating the runs and dismissals from improving GDPI/combined ratios.

Hence, let’s play cricket on Dalal Street with the above mentioned stocks. Just like Indian cricket team, why not bag many gains in your kitty as well!