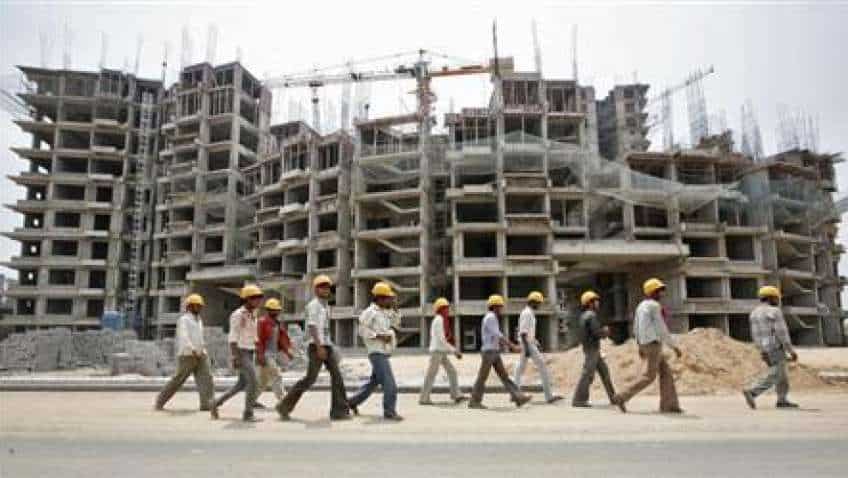 Realtors' apex body CREDAI has written a letter to Prime Minister Narendra Modi, seeking immediate relief measures to tide over the crisis caused by the COVID-19 pandemic. The association, which has around 15,000 developer members, has sought one-time debt restructuring, lower interest rate on home loans and tax sops to boost liquidity and demand in the sector.

In an open letter to the prime minister, the Confederation of Real Estate Developers' Associations of India (CREDAI) said, "In this distressful situation arising out of the COVID-19 calamity, we in the real estate sector seek immediate relief for our survival."

Stating that the sector contributes substantially to the country's GDP and has backward and forward linkages with almost 250 industries, CREDAI said, "Our survival, therefore, is not just desirable, it is rather crucial for the economy."

Liquidity crunch, stagnant demand and cartelization of raw materials are major impediments for the industry to kickstart, it added.

CREDAI made seven recommendations to revive the sector and sought immediate intervention from the prime minister.

Pointing out that the situation is "much worse" than global financial crisis in 2008, CREDAI said "a one-time restructuring scheme as was permitted by RBI in 2008 may be quickly instituted by all lending institutions."

Since real estate was already reeling under a cyclical downturn before COVID-19, debt restructuring needs to be allowed for all accounts which were standard as on December 31, 2019, it added.

CREDAI demanded that all banks, non-banking financial companies (NBFCs) and housing finance companies (HFCs) should be directed to provide additional credit equal to 20 per cent of the existing real estate project related advances with no additional security and without the classification of project as NPA.

The penal interest charged by banks and financial institutions should be suspended for a period of one year or until such time as it takes for the pandemic to abate.

To revive housing demand, CREDAI suggested that "government should reduce the maximum rate of interest on new home loans to 5 per cent by subsidizing the interest component of EMIs for next five years."
The limit of principal deduction on housing loan under Section 80C should be increased to 2.5 lakh.
Interest deduction under Section 24 on housing loan for homebuyers may be increased to Rs 10 lakh, it said.

There should be no capital gains for residential properties held for a period longer than one year.
CREDAI also demanded that the subvention scheme be allowed again by National Housing Bank (NHB) and the Reserve Bank.

Under the scheme, builders used to pay EMIs on behalf of homebuyers during construction of projects.
"The economic uncertainty and job insecurity at the moment would not allow purchase of residential property at this time. A scheme whereby a homebuyer would need to pay only margin money with no EMI for 24 months will address this insecurity," the letter said.

The association pointed out that prices of cement and steel have been increased during the lockdown period, and asked for crackdown on cartelisation by manufacturers.

On the GST front, CREDAI said that the current regime of GST provides a rate of 1 per cent? for affordable housing.
"The limit of Rs 45 lakh serves as a criterion of affordability for the purpose of GST. On all other housing, GST is applied at the rate of 5 per cent without input tax credit. It has been felt that the criterion of Rs 45 lakh is too low an index of affordability anywhere across the country, and especially so in the?metros," the letter said.

It will serve as an inducement to buyers in the metros if the benefit of GST at the rate of 1 per cent is extended to units costing up to Rs 75 lakh, the association said.

CREDAI pointed out that the flat rate of 5 per cent GST for under construction residential housing is causing cost build up and is acting as a deterrent for sale of under construction projects since there is no GST on completed units.

Lastly, CREDAI demanded that a Rs 25,000 crore stress fund for completing stalled housing projects should be deployed at the earliest.

"We shall be grateful for your much-needed intervention for the above mentioned measures required to revive the real estate sector," CREDAI said in the letter to the PM.