Retail inflation data is announced during 12th of every month usually, however, on Monday, there it was not done on account of a public holiday, Eid-al-Adha or Baqreid, being celebrated across India. 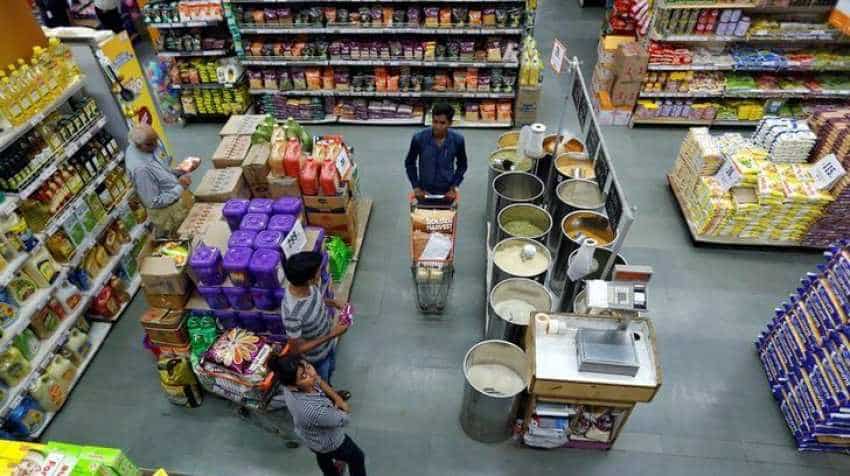 The Central Statistics Office (CSO) will be presenting CPI inflation data for the month of July this year, anytime tomorrow. Ahead of inflation numbers, markets traded on a positive note with Sensex soaring above 254 points at 37,581.91. Gainers on the index were stocks like Maruti Suzuki, Bajaj Finance, Vedanta, HDFC Bank and Hindustan Unilever surging by 2% to 4%. Meanwhile, the Nifty 50 finished at 11,109.65 up by 77 points. Retail inflation data is announced during 12th of every month usually, however, on Monday, there it was not done on account of a public holiday, Eid-al-Adha or Baqreid, being celebrated across India.Even markets and banks are closed today. The next CPI data is seen to rise, and indicators like LPG, gold, food and beverage will play a key role in uptick. The upcoming data will likely pave the way for RBI rate cuts going forward.

In August 2019 policy, RBI, while trimming down policy repo rate by 35 basis points to 5.40% and maintaining accommodative stance, also slightly increased CPI inflation target for second half of FY20.

In the policy, RBI said, “The baseline inflation trajectory for the next four quarters will be shaped by several factors. First, the uptick in food inflation may be sustained by price pressures in vegetables and pulses as more recent data suggest. Uneven spatial and temporal distribution of monsoon could exert some upward pressure on food items, though this risk is likely to be mitigated by the recent catch up in rainfall. Second, despite excess supply conditions, crude oil prices may likely remain volatile due to geo-political tensions in the Middle-East. Third, the outlook for CPI inflation excluding food and fuel remains soft. Manufacturing firms participating in the industrial outlook survey expect output prices to ease in Q2. Fourth, one year ahead inflation expectations of households polled by the Reserve Bank have moderated.”

On RBI’s new inflation expectations, economists at Bank of Baroda in their research note said, “ While food inflation is likely to increase led by vegetables and pulses, higher food grain stocks give comfort. Crude oil prices are unlikely to move up as global growth is decelerating. Core inflation is expected to remain muted as firms will have limited pricing power when demand is low. Hence, RBI expects CPI inflation at 3.1% and 3.5-3.7% in Q2FY20 and H2FY20 respectively. In Q1FY21 inflation is expected at 3.6%. Our CPI forecast remains at 3.5% and 3.7% for FY20 and FY21.”

For July 2019, CPI inflation is seen to rise led by food & beverages and some shocks of gold price. Teresa John, Research Analysts (Economists) at Nirmal Bang said, “ CPI inflation for July’19 is likely to come in at 3.35% YoY, up from 3.18% in June’19, led by higher food & beverage inflation. Food & Beverage inflation is expected to rise to 3.94% YoY, up from 2.37% in the previous month on account of higher fruit & vegetable prices.”

Further, John highlighted that, Cereal prices are also edging up, while pulses and sugar prices are expected to be more benign. Core inflation is expected to remain steady at 4.05%, broadly unchanged from 4.09% in June’19. Petrol and diesel prices have advanced, reflecting the increase in excise duties announced in the July’19 budget.

“Rising gold prices will continue to put upward pressure on inflation in the personal care and effects category. However, fuel & light inflation is likely to see a sequential decline on lower LPG prices,” John explained.

Overall, as per John,  CPI inflation is expected to grind higher in the coming months on a low base and rising food & beverage inflation, even as the pressure on core inflation will be very muted in a sluggish growth environment.