While Rajan's first concern was to control inflation, Panagariya stressed that RBI should ease the inflation targets. 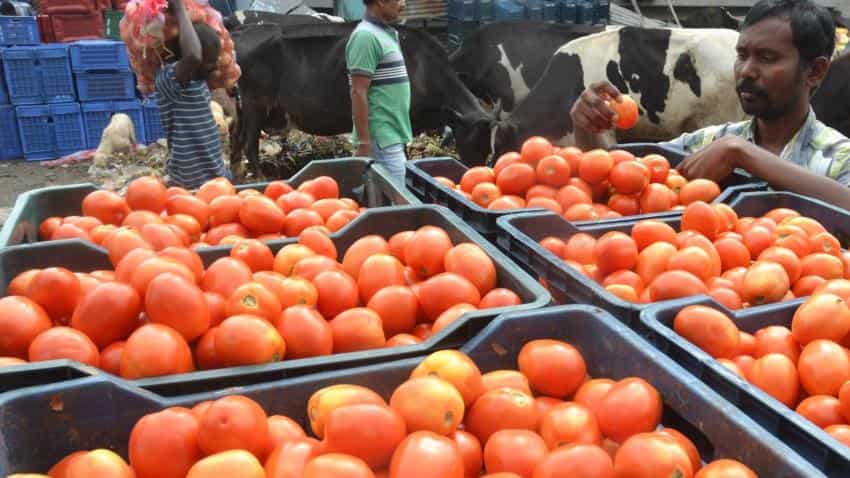 WATCH: Top 5 stories of this night; From India's May industrial output at 1.20% to June retail inflation up nearly 6%

Many reports  have been written ringing alarm bells over the worrisome consumer price index (CPI), or retail inflation of 5.77% for the month of June.

Yes, inflation number was at its 22-month peak but it rose just 1 basis point from May. CPI was 5.40% in June last year.

1 basis point is a hundredth of a percentage.

Though, for January 2016, Reserve Bank of India had targeted retail inflation to be at 6%, which was met comfortably. However, for March 2017, RBI reduced the target 5% and presently, CPI is at 5.77%.

Despite that rise, RBI is likely to meet inflation target by March 2017. Here's why:

As predicted by weather forecaster IMD, monsoon has already covered the country and it is expected to be 'above average' mark.

Though, its impact may not be seen in the next two months, but, maybe by the fourth quarter of 2016, the food inflation may come down.

Nomura, in a report last month had said, "Food price inflation is expected to ease from the fourth quarter of 2016 owing to pulses (base effects and the recently announced generous hike in pulses minimum support prices, which should encourage higher pulse production)".

Looking at CPI inflation, till May, the core CPI (ex-diesel, petrol) was at around 5%. Nomura said that it is unlikely to fall below it, because "as the output gap will close gradually, rural wage growth is likely to rise as public infrastructure-related construction raises demand for rural labour and oil prices have moved higher".

Lastly, the report mentioned that excluding the direct impact of 7th Pay Commission hikes, CPI inflation target is on track.

Analysts are of the opinion that inflation is currently rising because of hike in food prices. However, this is likely to come under control as monsoons will lead to a good sowing season.

Yes, area sown with Kharif crop, as written by Zeebiz earlier, is lower than last year, that was because of the slow beginnings of the monsoon.

As the numbers currently stand, 406.27 lakh hectares has been sown with Kharif crops as on July 8, 2016 as compared to 431.82 lakh hectares during the same period last year, according to reports received from various states across India.

Moreover, the next governor of Reserve Bank of India (RBI) might go for a softer inflation target. Arvind Panagariya  is said to be topping the race to the RBI office currently.

While Rajan's first concern was to control inflation, Panagariya stressed that RBI should ease the inflation targets.

He has said in an interview with Wall Street Journal, that, "Personally, I am a dove when it comes to inflation. It is not clear to me that once inflation has been brought down to 7-8% range, pushing the brakes further on money supply buys us a lot. Moreover, given that a very large part of the economy is simply cut off from credit markets, it is not clear how effective the interest-rate hikes are in taming inflation".

He had also told Reuters that such low inflation targets are only for developed countries and not for developing countries.

WATCH: Top 5 stories of this night; From India's May industrial output at 1.20% to June retail inflation up nearly 6%