CPI, IIP data today: Will RBI's fear come true or will there be a surprise? Here's what analysts say

Every investor will especially keep an eye on CPI inflation, which is already expected to rise going forward and to see whether RBI’s fears over target comes true. 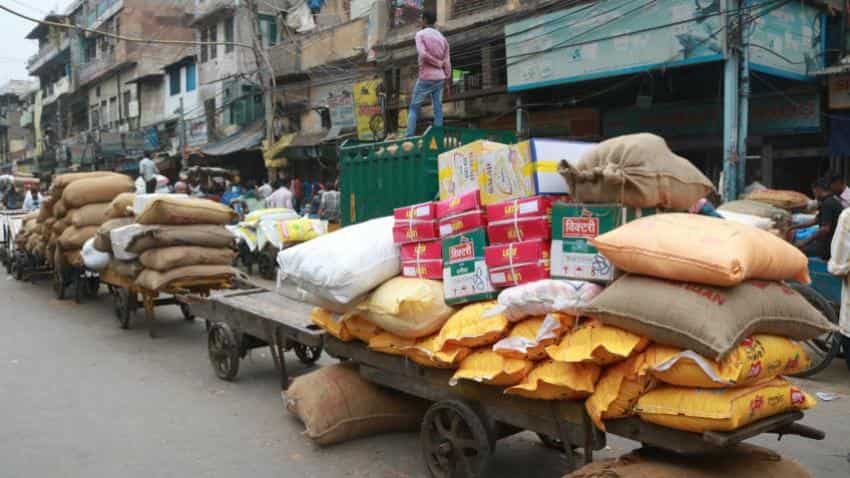 All eyes are now set on the Central Statistics Offices (CSO) as it will be presenting India's Consumer Price Index (CPI) inflation numbers for May 2018 and Index of Industrial Production (IIP) for April 2018 today at around 5.30 pm. The data of CPI and IIP can will be available at PIB and MOSPI websites. Ahead of the announcement, markets are trading on a positive note with Sensex up 165.54 points or 0.47% trading at 35,649.01, while Nifty 50 is above by 47.35 points or 0.44% and is trading at 10,834.30 at around 1134 hours. Even Indian rupee has gradually strengthened by 0.060 points or 0.09% at 67.455 against US benchmark dollar index at interbank forex market. Every investor will especially keep an eye on CPI inflation, which is already expected to rise going forward and to see whether RBI’s fears over target comes true.

Let’s have a look to what analysts and RBI have said about inflation and factory output.

The rise in CPI was on account of core inflation which reached to e 44-month high. Food inflation, on the other hand, dropped to a six-month low of 2.8% in April 2018.

According to Anand Rathi, core Inflation bottomed out in June 2017, following which it has been on the rise and cause for overall retail inflation rising. Non-core inflation (excluding food and energy), however touched the deflationary zone in June 2017, rose for five months and began declining thereafter. In April 2018, it came in flat at 3.2%. Such indicates that it is the core component in overall CPI that has been driving the headline figure.

Core inflation is also a cause of concern for RBI. The central bank also raised the CPI target in second bi-monthly monetary policy for FY19 end, on the back of list of factors that will impact the headline inflation.

RBI  increased CPI inflation target to 4.8-4.9% in H1 and 4.7% in H2, including the HRA impact for central government employees, with risks tilted to the upside.

RBI highlighted CPI inflation excluding food and fuel rose sharply in April over March by 80 basis points to reach an ex-HRA level of 5.3%, suggesting a hardening of underlying inflationary pressures.

Furthermore, since the MPC’s meeting in early April, the price of Indian basket of crude surged from US$ 66 a barrel to US$ 74.

RBI said, “This, along with an increase in other global commodity prices and recent global financial market developments, has resulted in a firming up of input cost pressures, as also confirmed in the Reserve Bank’s IOS for manufacturing firms in Q2:2018-19.”

It added, “The resulting pick-up in the momentum of inflation excluding food, fuel and HRA has imparted persistence into higher CPI projections for 2018-19. On the other hand, food inflation has remained muted over the past few months and the usual seasonal pickup delayed, softening the projections in the short run.”

Nirav Sheth, analysts at SBI Cap said, “The rise in CPI, at this stage, appears unlikely to be reflective of demand side pressures. The monsoon is yet to play out and the output gap is far from closing.”

Anagha Deodhar, Research Analysts at ICICI Securities said, “Rising prices of fruits, vegetables and cereals as well as rising transportation and healthcare costs are likely to push up headline inflation to 5% in May ’18 up from 4.6% in Apr and 2.2% in May ’17.”

Deodhar added, “Between Apr ’17 and May ’17, inflation fell from 3% to 2.2% making the base for May ’18 unfavourable. During May ’18, the month-on-month was also strong. These two factors combined are likely to add 40 bps to CPI inflation on a sequential basis.”

Nikhil Gupta and Rahul Agrawal analysts at Motilal Oswal said, “Although the April reading is lower than the range, we expect inflation to rise over the next two months to touch 5.4% in June, overshooting the RBI’s expectations.”

Therefore, this coming months India can expect rise in their inflation numbers.

Factory output recorded a growth rate of 4.4% in March 2018 month, which was surprisingly quite lower compared to growth of 7% in February 2018. IIP has been deceleration after November 2017 where it recorded a growth of 5 year high which indicated that India is surpassing shocks of GST and demonetisation.

“We expect infrastructure/construction goods production to grow 10.4% in Apr ’18 up from 8.8% in the previous month and 4.7% in Apr ’17. This confirms the sustained pick up in infrastructure sector as shown by various high-frequency indicators,” said Deodhar.

Considering this, Deodhar believes Industrial production is likely to grow 6.9% in Apr ’18 up from 4.4% in the previous month and 3.2% in the corresponding month last year. The base effect for IIP also remains unfavourable since between Mar ’17 and Apr ’17, industrial production growth fell from 4.4% to 3.2%.

Well for now everybody will keenly watch CSO who will be presenting the numbers of these two macroeconomic datas.