COVID & Oil Meltdown are a double whammy for us in FY21: Vipul Mathur, Welspun

The numbers of FY2019-20 are very good and the company’s performance has been consistent on the quarter-on-quarter basis. Its performance has been exemplary even in the fourth quarter. If we have a look at the annual performance, we have produced 1.6 million tonnes of pipe in this year, which is our highest ever production in the history of Welspun. We have sold 1.5 million tonnes of the pipe and this is also our highest sale in the history of Welspun. We have earned an EBITDA of Rs 1,284 crore and PBT of around Rs 900 crore. 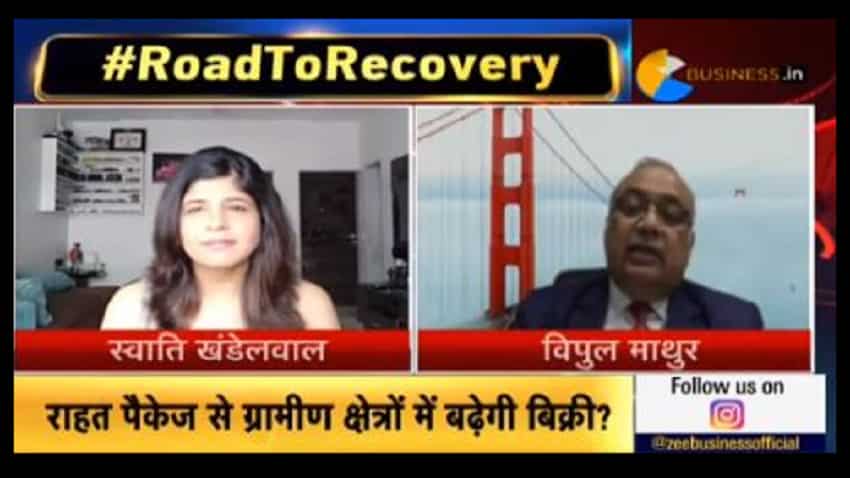 Vipul Mathur, MD & CEO, Welspun Corp Limited, talks about the March quarter results and growth drivers, resumption of business after a lockdown, debt and the business in India, Saudi Arabia and America among others during an interview with Swati Khandelwa
Written By: Jitesh Kumar Jha
RELATED NEWS

Vipul Mathur, MD & CEO, Welspun Corp Limited, talks about the March quarter results and growth drivers, resumption of business after a lockdown, debt and the business in India, Saudi Arabia and America among others during an interview with Swati Khandelwal, Zee Business. Edited Excerpts:

Q: Welspun has posted good results for Q4FY20. What were the important growth drivers and what is the outlook for the future?

A: The numbers of FY2019-20 are very good and the company’s performance has been consistent on the quarter-on-quarter basis. Its performance has been exemplary even in the fourth quarter. If we have a look at the annual performance, we have produced 1.6 million tonnes of pipe in this year, which is our highest ever production in the history of Welspun. We have sold 1.5 million tonnes of the pipe and this is also our highest sale in the history of Welspun. We have earned an EBITDA of Rs 1,284 crore and PBT of around Rs 900 crore. So as far as financial performance is concerned then the year 2019-20 has been very good for us and our order book has remained strong. We remained focused and disciplined across the year and executed things in a disciplined manner while being conscious and its results are visible to us. When it comes to the financial year 2020-21, then we have double whammy this year and they are (i) Covid-19 situation and (ii) oil meltdown, demand destruction and uncertainty in times and challenges. And, under such conditions, we have confirmed order book of more than 7 lakh tonnes, which will be executed across the year. In addition, nine months of the year is left and I feel that the demand will return. I feel certain markets like India is very strong, the Indian market is strong because the buying from the public sector or government of India in form of IOCL, GAIL, water and the potential of export from India is looking very promising and this gives a sense that our order book will go up. And, this increase in the order book will improve our margins. As far as our outlook for FY21 is concerned then we are cautious and are monitoring the market but can’t find any reason that suggests that our performance will decline.

Q: How much of your business has been started after the lockdown was relaxed and what is the level of production that you have reached a level at present and how much business has hampered in the first quarter and how are you ramping it up?

A: There was an outbreak of COVID-19 after the second week of March after which we had to enforce a mandatory lockdown across the facilities. The lockdown continued for next two-three weeks and then gradually all of our plants went operational. As on date, all our plants in India, Saudi and America are operational. However, there was an impact of 2-3 weeks which will lead to a production and sale impact of 2-3 weeks. But, we have a confirmed order book that’s why little impact will be seen in the first quarter but it will shift to the second quarter. Thus, there is no loss of the opportunity.

Q: Borrowings of Welspun has reduced by around 38% in FY20 on YoY basis and you have also performed a pre-paid part of NCDs. So, what are your plans for the future in terms of funds and does the company have further plan to eventually become debt-free on the gross level, if yes, then by when?

A: We have always said that we work with an endeavour of being a debt-free company. If you have a look at numbers on March 31, 2020, then we have a net debt of just Rs 32 crore. So, literally, it is a debt-free company if seen at the net debt basis. It would have reached zero levels because there was an absence of transactions in the last 2-3 weeks. But anyway we are going as per the plan of being net debt-free at the earliest and then liquidate the gross debt. The kind of earnings and cash flow that we have gives us confidence that we will just not be free from the net debt but also achieve the target on gross debt.

Q: Update us on the ordering activity especially that is panning out of the JV in Saudi Arabia because oil meltdown has created tough situations? Any update on the divestment of your plate and coil mill division?

A: As far as Saudi is concerned then it is a turnaround story. In FY2018-19, we were in a complete loss but if you look at its performance in FY2019-20, then we have earned an EBITDA of almost 100 million from it. Thus, Saudi is a true turnaround success story. As on date, we have an order book of more than 2 lakh tonnes in Saudi, which is sufficient for the next two quarters. Apart from this, before the lockdown was implemented, we participated in the bids of a number of projects in the country and are the lowest bidder in at least two projects. I feel, as soon as there is some improvement in the situation and the lockdown conditions are eased then the two projects in which we are the lowest bidders will be awarded to us. If those contracts are awarded to us then we will have more visibility of around one year after that. Right now, we have clear visibility of two quarters and expect that those projects will be awarded to us within these two quarters, which will provide visibility of the next four quarters. So, the Saudi business is running at the momentum at which it should have run. In the case of India, the growth drivers here are public sectors as the government of India is taking good initiatives and it is just not being talked about but is visible in real aspects. Today at the time, when we are talking tenders of around 3-4 lakh tonnes of IOCL and GAIL are floating in the market. We have participated in each one of these and expect that we will get some share in it. So, I don’t have any doubt about India’s growth story and same is the case of Saudi Arabia.

As far as the US is concerned then our business has felt a huge impact in the country due to oil meltdown and COVID. We had a good order book in the country, which would have kept us busy for the next six-eight months but it has been cancelled due to COVID and oil meltdown. After that, we have worked a lot on cost optimization, business development activity and customer relation. Now, we have received a project over there of around 80-90 lakh tonnes. Apart from this, we are also looking at 3-4 small projects of the country which is likely to be finalized in the next few months. Overall, things are returning back on track in the US as well. Things are on track in Saudi and it looks very good in the case of India.