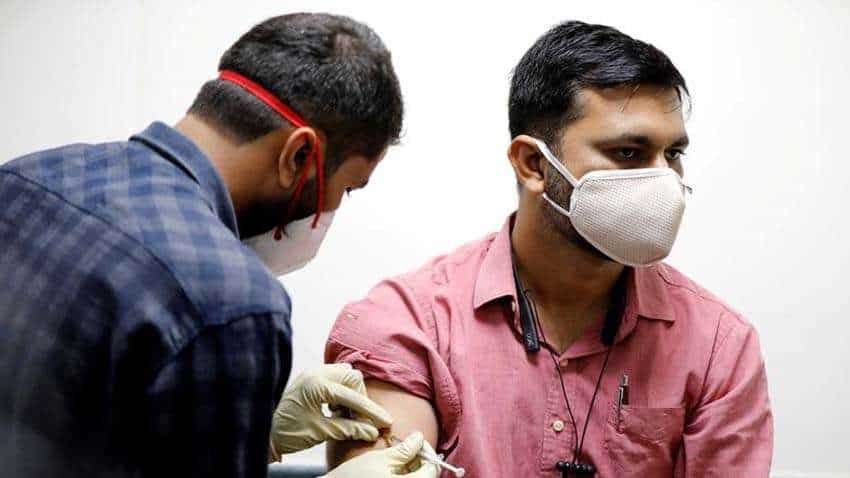 Union Health Minister Harsh Vardhan has announced that people can now take the COVID-19 vaccine shot round the clock as per their convenience. Reuters Photo
Written By: ZeeBiz WebTeam
Edited By: Harish Dugh
RELATED NEWS

Harsh Vardhan wrote from his Twitter handle: "The government has ended the time constraint to increase the speed of vaccination. Citizens of the country can now get vaccinated 24x7 at their convenience." Vardhan who took the vaccine jab on Tuesday added that Prime Minister Narendra Modi understands the health of citizens of the country as well as the value of their time.

Earlier on Tuesday, Rajesh Bhushan, Union Health Secretary chaired a high-level review meeting with Additional Chief Secretaries, Principal Secretaries and Secretaries (H&FW) of States and UTs. They reviewed the status and pace of the next phase of the country-wide COVID vaccination program which commenced from March 1, Zee Media Bureau reported.
The new phase of COVID-19 vaccination commenced from Monday for those who are over 60 years of age and for people aged 45 and above with specified co-morbid conditions, according to the report.

However, the nation-wide vaccination drive was rolled out on January 16 with healthcare workers being inoculated against the virus, whereas the vaccination of the frontline workers began on February 2. The 2nd dose of COVID-19 vaccination started on February 13 for those beneficiaries who have completed 28 days after receipt of the 1st dose.