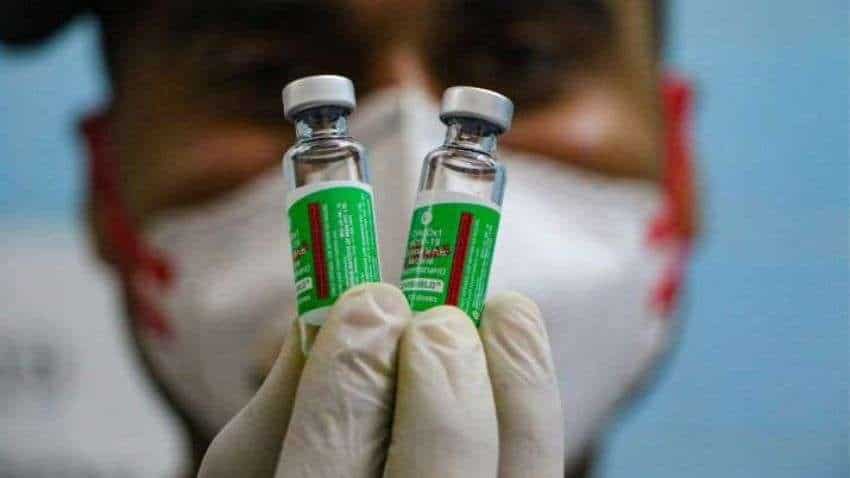 Covid-19 vaccination: Why one has to wait for 84 days for the second dose of Covishield? Check categories who can get jab before 84 days. Source: PTI
Written By: ZeeBiz WebTeam
Edited By: Prashant Singh
RELATED NEWS

Covishield Vaccine Second Dose: The nationwide COVID-19 vaccination drive is going on the country. The vaccination drive started in the country from January 16, 2021, with Covaxin and Covishield. Initially, the gap between the two doses of Covishield was four two six weeks but last month the gap between the doses were increased to 12-26 weeks. People have been sorting a clarification behind this move. Recently, Dr. N K Arora, Chairman of India's COVID-19 Working Group of the National Technical Advisory Group on Immunisation (NTAGI), explained the increase in the gap between the two doses of Covishield while speaking to DD News.

Dr. Arora said, "In the last week of April 2021 the data released by Public Health England, United Kingdom’s executive agency of the Department of Health, showed that vaccine efficacy varied between 65% - 88% when interval is 12 weeks. This was the basis on which they overcame their epidemic outbreak due to the Alpha variant. The UK was able to come out of it because the interval they kept was 12 weeks." He further added that they also thought that this is a good idea and since there have been fundamental scientific reasons to show that when interval is increased, adenovector vaccines give better response, the decision to increase the interval to 12-16 weeks was taken on May 13, 2021.

Assuring the fact that the decision to increase the gap between the two doses of Covishield COVID-19 vaccines, Dr. Arora highlighted the fact that the COVID Working Group took that decision, with no dissenting voice. He informed that the initial studies on Covishield were very heterogenous but later they came across additional data, they felt that they should increase the interval from four weeks to eight weeks, since studies showed that vaccine efficacy was about 57 per cent when it was four weeks and about 60 per cent when it was eight weeks.

Recently, the Ministry of Health and Family Welfare has issued a notification stating SOPs for COVID-19 vaccination of persons undertaking international travel for educational purposes or employment opportunities, or as part of India's contingent for Tokyo Olympic games where people under these categories will be allowed to get the second dose of Covishield COVID-19 vaccine before the 84 days limit following verification of certain documents by a competent authority.

Now, with a view for providing full coverage of vaccination and facilitating international travel for such genuine reasons, the following procedure shall be followed for administration of second dose of Covishield vaccine for such beneficiaries. The following categories will fall under this discretion:

1) Students who have to undertake foreign travel for the purposes of education
2) Persons who have to take up jobs in foreign countries
3) Athletes, Sportspersons and accompanying staff of Indian contingent attending International Olympic Games be held in Tokyo