Now, the presence of the new UK strain has been another cause of concern for the Indian people. The mutant variants of the COVID-19 infection have been spotted in various places. 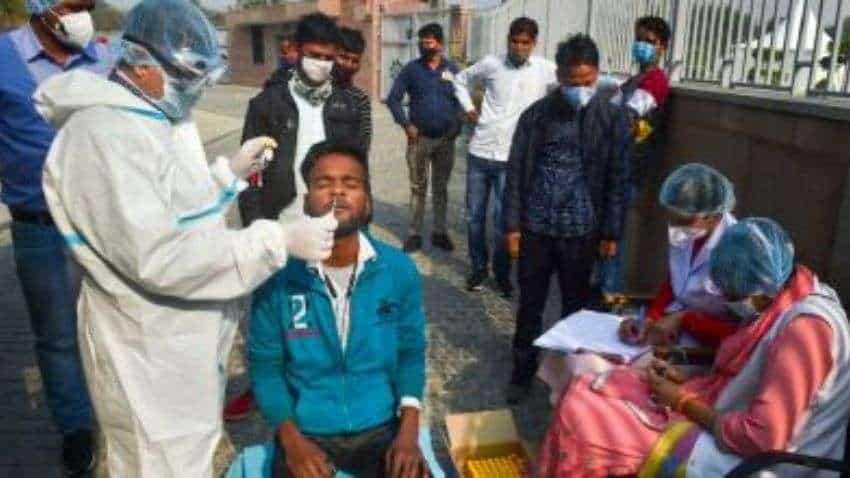 COVID-19 Latest Update Today: The COVID-19 situation in the country continues to deteriorate as India has been recording over 4 lakh fresh COVID-19 infections for the last few days. Now, the presence of the new UK strain has been another cause of concern for the Indian people. The mutant variants of the COVID-19 infection have been spotted in various places.

As per a report by india.com, the National Centre for Disease Control (NCDC) on Wednesday highlighted that the UK strain (B.1.1.7) of coronavirus is dominant in the northern parts of the country. It has also been noted that the double mutant variant (B.1.617) is mostly present in Maharashtra, Karnataka and Gujarat. However, in a respite, the NCDC Director Sujeet Singh has said that the B1.1.7 lineage of SARS CoV-2 (UK variant) has been declining in proportion across the country in the last month and a half.

Singh also pointed out the parts of the country in which the UK strain is dominating. The UK strain is dominating in the northern parts of the country including Punjab (482 samples) and Delhi (516). The strain has also been spotted in Telangana (192), Maharashtra (83) and Karnataka (82). The NCDC director informed that the top ten government laboratories and institutions have been sequencing the genomes of coronavirus since December,. So far, 18,053 samples have been sequenced.

Yesterday, the Principal Scientific Advisor to Centre, K Vijay Raghavan had warned of the fact that a third wave of the COVID-19 pandemic is inevitable. He further said that the current vaccines that are effective against the current variants will have to be 'updated' in order to deal with the upcoming COVID-19 strains. The current variants have overwhelmed the country’s health infrastructure with thousands of people losing their lives to COVID every day. He has also further pointed out that the variants are being transmitted in the same manner as the original strain. Despite all these, he assured of the fact that an intense research program is going on in the country, as well as the world where the scientists are working towards anticipating these kinds of variants and acting against them rapidly by early warning. The NCDC Director's information has further elucidated the Principal Scientific Advisor's assurance.

Coming back to genome-sequencing, the NCDC Director informed that the information on genome sequencing has been shared with the states twice in February, four times in March and again four times in April. The health ministry has also informed about the current status of the concerned variants and the new mutants to the states through a video conference.