Couplets bring life to the Budget sessions: Will Piyush Goyal repeat the tradition or not?

Today is the day of Budget presentation in the Parliament, a day when every finance minister comes to the Parliament with a strategy that ensures that the country and the Parliamentarians doesn’t fall asleep and keep marching on the path of success. 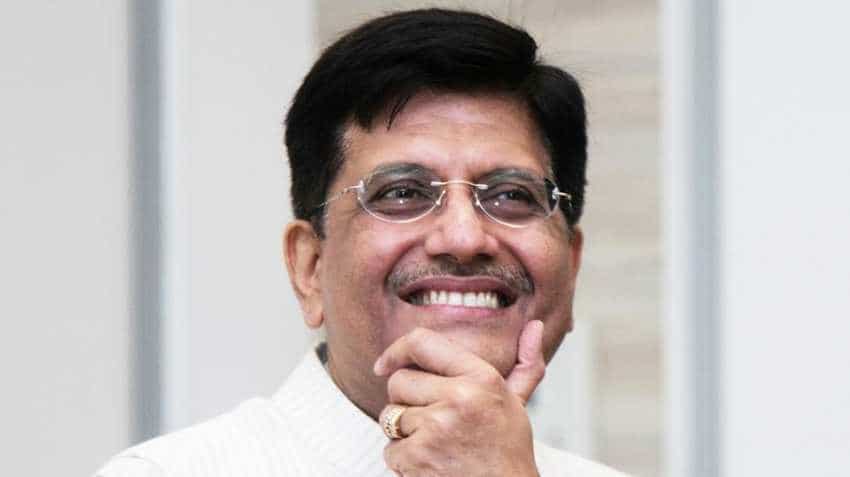 Reading couplets has become an unwritten custom of this event. Finance Ministers either open or end the Budget with a verse. Image source: Facebook/PiyushGoyalOfficial

Today is the day of Budget presentation in the Parliament, a day when every finance minister comes to the Parliament with a strategy that ensures that the country and the Parliamentarians doesn’t fall asleep and keep marching on the path of success. Every time, when they reach to the table to sketch the map of India’s growth and its well-being for next one year with the Budget Briefcase, a tradition taken from the British Parliament, they also bring some couplets/poems to recite. These couplets are recited while presenting the Budget in the Parliament. In fact, reading couplets has become an unwritten custom of this event. Finance Ministers either open or end the Budget with a verse.

To be true, this is a two-and-a-half-decade old tradition started in the 1990s by Manmohan Singh, the former Prime Minister, when he was serving India as its finance minister. And, hope that the interim finance minister Piyush Goyal too will not disappoint us by not reading couplets while presenting an interim Budget today, February 1, 2019.

Have a look at some of the couplets/poems that became part of previous Union Budget speeches:
Manmohan Singh (1991-92): Singh’s first couplet during the presentation of Union Budget read "Yunnan-o-Misr-o-Rom sab mit gaye jahaan say. Ab tak magar hai baaki, naam-o-nishan hamara." The couplet means old civilisations of Greece, Egypt and Rome have vanished from the earth. There is some reason that our civilisation is still alive.

Yashwant Sinha (2001-02): He cited "Taqaazaa hai waqt kaa ke toofaan se joojho, kahaan tak chaloge kinaare kinaare". This means, “It is a time to fight the storms, how long you will keep walking at the corners”.

Yashwant Sinha (2004-05): He recited "Garib ke pet mein dana, Grihini ki tukia mein anna. This means, “Food in the belly of poor and money in the purse of the housewife”.

Pranab Mukherjee (2009-10): He recited a verse by the author of Arthashastra, "In the interest of the prosperity of the country, a king shall be diligent in foreseeing the possibility of calamities, try to avert them before they arise, overcome those which happen, remove all obstructions to economic activity and prevent loss of revenue to the state."

Pranab Mukherjee (2012-13): The former President quoted Hamlet, in his last Budget speech as a finance minister of India and it was the prince of Denmark while talking about the tough policy decisions he had to take for the good of the economy in the long run. “I must be cruel only to be kind.”

P Chidambaram (2013-14): He used a couplet from Thirukural, a classic Tamil text, "Kalangathu kanda vinaikkan thulangkathu thookkang kadinthu seyal". This means, “What clearly eye discerns as right, with a steadfast will and mind unslumbering, that should man fulfil”.

Arun Jaitley (2015-16): While presenting the budget, Jaitley used a verse, "Kuchh to gul khilaye hain, kuchh abhi khilaane hain, par baagh mein ab bhi kaante kuchh puraane hain". This translates to be ''We have made few flowers to bloom and others will bloom soon, but at present, the garden is full of several old thrones”.

Arun Jaitley (2018-19):  With a hope to create a ‘New India’ Jaitley used a verse from ‘Memoirs of European Travel’ by Swami Vivekananda and it says, “You merge yourselves in the void and disappear, and let new India arise in your place. Let her arise – out of the peasants’ cottage, grasping the plough; out of the huts of the fisherman. Let her spring from the grocer’s shop, from beside the oven of the fritter-seller. Let her emanate from the factory, from marts, and from markets. Let her emerge from groves and forests, from hills and mountains’’.