Rajnish Kumar, Chairman, State Bank of India, talks about the Davos(#ZeeBusinessatDavos) and how India can contribute to the theme, climate, lending by the banks, budget expectations and recapitalisation of banks among others during a chat with Swati Khandelwal, Zee Business, at Davos. Edited Excerpts: 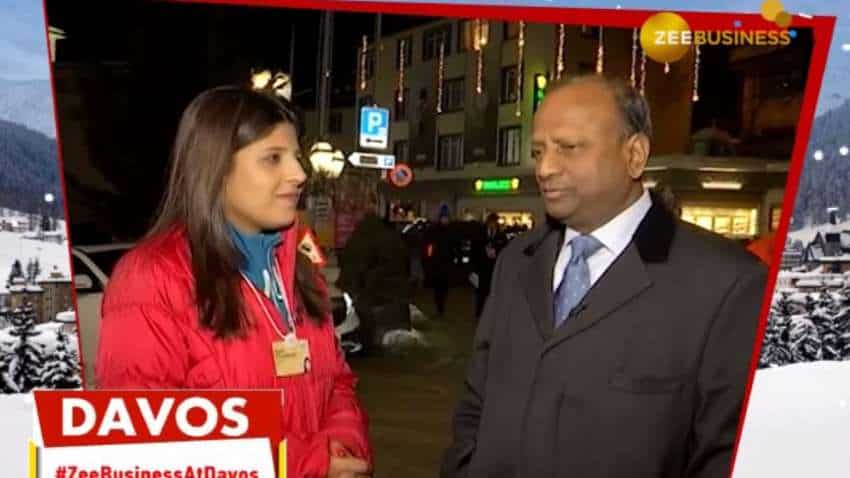 Rajnish Kumar, Chairman, State Bank of India, talks about the Davos(#ZeeBusinessatDavos) and how India can contribute to the theme, climate, lending by the banks, budget expectations and recapitalisation of banks among others during a chat with Swati Khandelwal, Zee Business, at Davos. Edited Excerpts:

Q: Lot has been talked about climate change and global warming at Davos. It is an opportunity for India in which it will invest in businesses that talk about the future. How will you sum-up the things that you have observed in Davos?

A: Climate change is a big topic and the companies have an agenda, called Yes Ji, so what is there input and action plan related to it. It is expected that every company and the citizens will behave responsibly and try to reduce the carbon footprint. When it comes to India then we have to balance between development which is required - as India is not a developed nation yet and there is a need to increase the growth rate as well as consumption - and what impact the works being done will have on the environment and it should be taken under considering while working. Interestingly, India is getting aware of the environment and a lot of work is should be done on the front. International Solar Alliance, conceptualised by Prime Minister Narendra Modi, is a focus area for solar energy development and we have a big target which should be met by 2030. Besides, India needs to work on waste management, water resources management as well as pollution, which is a major problem in many parts of India including Delhi. Thus, balancing development along with the environment is a big challenge for a country like India. At the same time, America has also sent a message that they have to grow.

Q: Bank is a backbone of any economy and you are representing a big bank. So, let's talk about the message that lending was not done and people were not getting money to expand and grow their businesses which were hurting/killing the entrepreneurship spirit. What is your view on it?

A: I would like to pass on the message to them that we are open to lending, which is a major work for us. No bank can progress without lending but there are issues which require equity visibility of the promoters and investors. The issue of fund diversion has propped up in lending. NPA will be under control if the money is used for the same purpose for which it was lent by the banks. Many accounts ended up as an NPA just because the money that was given by the banks were used in some different work. If there is any concern about it, then we can get it relaxed by intervening at the policy level and have been doing so. We have been interacting with the industry and different type of industry associations and then their feedbacks are taken into consideration. But, it is a fact that this is a moment when the banks will be cautious a bit.

Q: Are you reluctant as several accounts turned into an NPA account?

A: We aren't reluctant but due diligence is more and we are asking for the visibility of the equity. Compliance and monitory have increased. If such things are not practised just because we can't forget the learning that we got in the recent past.

Q: What are your expectation from the Union Budget?

A: Everyone is expecting that demand should be spurred in the economy. The second expectation is that CapEx allocation should be increased. But there is a problem with the budget that everyone hopes that our tax should be slashed and every expenditure should be increased on the spending side. This is a big balancing task. But this is a time when necessary steps should be taken that is essential to revive the growth.

Q: Do you think that any new recapitalisation fund can be announced for the banks?

A: I don't think that recapitalisation of more than Rs10,000 crore will not be required. The government under the recapitalisation programme has already allocated around Rs1 lakh 55 thousand crores in the last two years. Besides, the capital position of every public sector banks is better than the past and they are earning profits as well. That's why I don't expect that any big number, in terms of recapitalisation, will be announced this time.