Central bank confirms it will be rolling out new Rs 50 notes. 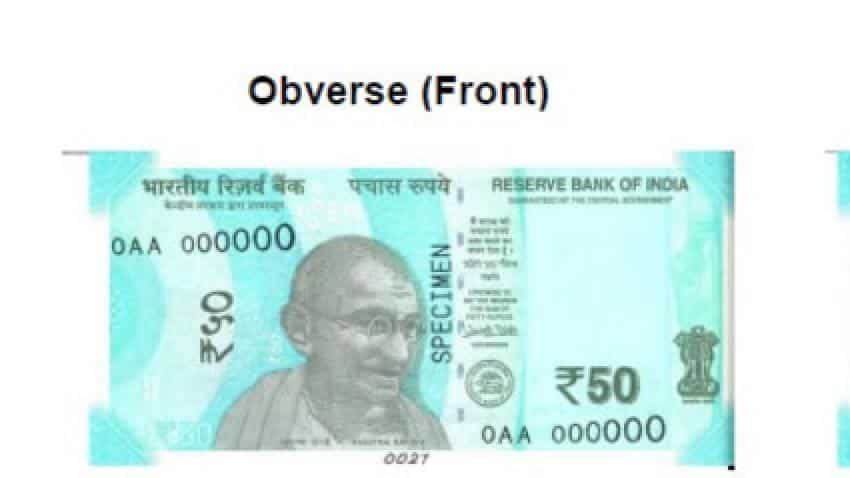 “The new denomination has motif of Hampi with Chariot on the reverse, depicting the country’s cultural heritage. The base colour of the note is Fluorescent Blue. The note has other designs, geometric patterns aligning with the overall colour scheme, both at the obverse and reverse. All the banknotes in the denomination of Rs 50/- issued by the Reserve Bank in the earlier series will continue to be legal tender,” RBI said.

The images put out by RBI of the Rs 50 specimen note:

The salient features of the note as listed by RBI are as follows:

1. See through register with denominational numeral 50,

3. Portrait of Mahatma Gandhi at the centre,

7. Ashoka Pillar emblem on the right,

9. Number panel with numerals growing from small to big on the top left side and bottom right side.

10. Year of printing of the note on the left,

13. Motif of Hampi with Chariot,

This announcement comes after images of the new Rs 50 notes made rounds on social media websites like Twitter on Friday.

The notes were stacked in a transparent plastic pictured in a turquoise blue with the icon of the Indian State Emblem and ‘Reserve Bank of India’ written on the right hand top corner.

The image of Mahatma Gandhi on the notes had been concealed. 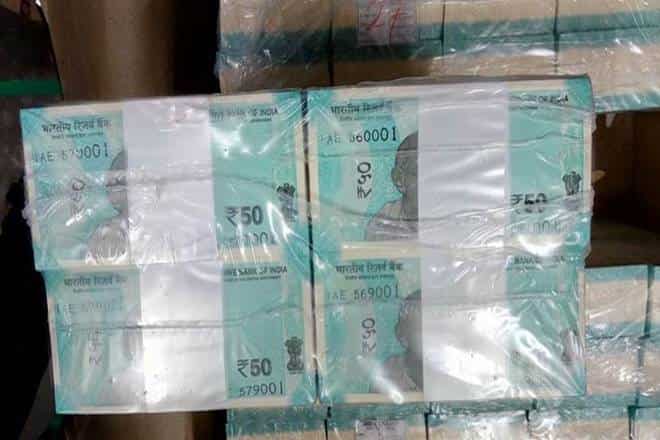 Following the Secretary, Economic Affairs, Shaktikanta Das’ announcements in November last year that newer notes of small denominations like Rs 50 and Rs 100 were in the pipeline, Reserve Bank of India (RBI) also confirmed the same.

RBI in December spoke of new Rs 20 and Rs 50 notes that would be introduced soon.

On November 8, the Narendra Modi-led government decided to ban old Rs 500 and Rs 1000 notes. Unlike the higher denomination notes, the smaller denominations of Rs 20 and Rs 50 are expected to be phased out gradually.

However the truancy of any government or official intimation on these leaked images of Rs 50 notes made it subject to the fake notes controversy.

Earlier this week similar ‘leaked’ images of the ‘new’ Rs 1000 notes were doing rounds on WhatsApp and Facebook. The notes were identified as fake by Zeebiz as the currency denominations mentioned on the said notes were of the Rs 2000 note.