Corporate taxes will be looked on when the complete budget is presented: Pawan Goenka, M&M

The income tax rebate given to the labour/working class and the medium-class is a pleasant surprise, and it covers our stakeholders. 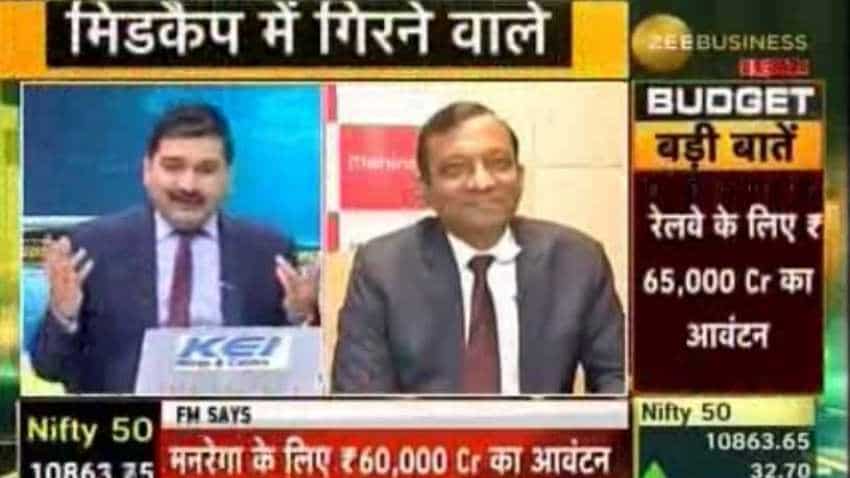 Q: What is your take on Budget?
A: The budget was in line with our thoughts. It was an interim budget and that is a reason that everything has not been covered in it. We expected that a farmer package will be announced.
The income tax rebate given to the labour/working class and the medium-class is a pleasant surprise, and it covers our stakeholders. In fact, almost 90 per cent of the population is being covered with things that have been done.

The best part of the event, despite all these endeavours, is that it hasn’t put much impact on the fiscal deficit, which will stand around 3.4 per cent in FY 2019-20. This is a great thing. The numbers and fine-prints suggest that their saying on the expenditure and revenue are practical and reasonable. I feel, it has a slight pinch of being populist as it is a pre-poll budget, but it is a responsible and pragmatic budget as it doesn’t put any extra pressure on the finances. Therefore, I will term it as a very good budget.

Q: Do the budget has something for the auto sector?
A: The budget doesn’t have a direct mention of the auto industry, but the finance minister has talked about electric vehicles. At the same time, demand and consumption are co-related in an economy as consumption helps in increasing the demand. That’s why I think that all the stocks, perhaps the industrial stocks, are gaining based on the budget. I would say that the expected improvement in overall sentiment is the thing that is leading to the auto stocks going up.

Q: The corporate taxes have not been brought down to 25 per cent. Do Corporate India feels that they have been let down?
A: Earlier, I have said that we hope that the taxes will be brought down but have also said that it will not happen in this budget because it will have a great impact on the fiscal. Apart from this, when so much is being done for the social side like the farmers and the middle-class, it will very unlikely that they can reduce the corporate tax. I think the issue will be seen when the full budget will be presented by the government that is elected post elections. There is a need to review corporate taxation as India has gone non-competitive, globally. In addition, the corporate tax has been reduced in the United States of America and I feel when India should also slash it down.

I would not say that I am disappointed but had an expectation and feel that the government will take it into account when the full budget is presented.

Q: Do you expect a rate cut can be announced by RBI Governor Shaktikanta Das?
A: I can’t say anything on that but feel that it should be brought down by at least 25 basis points because inflation is under control and all other indicators are on the positive side.

Q: Do you think that the farm package of Rs70,000 crore would make any difference in M&M’s tractor volume, if yes, then provide a timeline?
A: See, the sum of Rs6,000 will be provided to the farmers who are holding land below 2-hectares, Farmers with 2-hectare farmland do not buy tractors, therefore, the package will not have any direct impact on the volumes. However, this Rs6,000 will boost the farm sentiments and improved sentiments may have an indirect impact on the sale of the tractors. Farmers, who will get Rs6000 will not buy tractors, but there will be a positive impact.

Q: But do you think that this may at all will have an impact in a positive way across all vehicle sector if not the tractors?
A: Our vehicle sale stands around 50:50, i.e. half in the rural segment and the remaining half in the urban area. And, any improvement in the farm sector will lead to an improvement in the rural segment, which can have a positive impact on the auto sector.

I want to say that three things will improve consumption and they are (i) rebate in income tax for the middle-class, (ii) Rs6000 to the farmers and (iii) mega-pension plan for the working class.

Increased consumption will have a positive impact on industry, tractors, agri-machinery, auto and two-wheelers.  May it doesn’t happen in the next quarter, but the consumption is likely to go up.