The Central government on Tuesday denied that it lifted the partial ban on the export of hydroxychloroquine, the anti-malaria drug used for Covid-19 disease, under the "threat of retaliation" by the US in international trade of medical supplies. 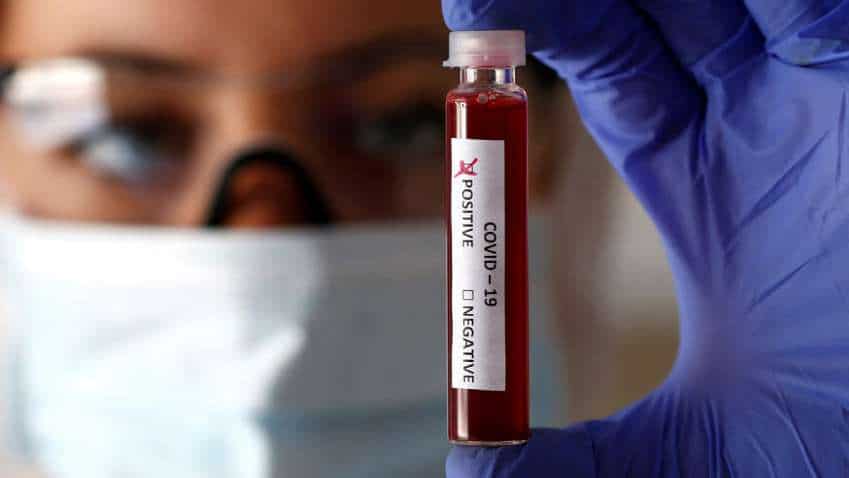 The US as of now has the highest number of the novel coronavirus cases in the world, with over 367,000 cases of infections and over 10,800 deaths, Photo: Reuters
Written By: IANS
RELATED NEWS

The Central government on Tuesday denied that it lifted the partial ban on the export of hydroxychloroquine, the anti-malaria drug used for Covid-19 disease, under the "threat of retaliation" by the US in international trade of medical supplies.

A section of Indian media claimed that President Donald Trump had not requested but threatened to "retaliate" with counter-measures if Prime Minister Narendra Modi did not concede the demand.

At a White House press briefing on Monday President Trump, in response to a question whether he was worried about "retaliation to the US ban on export of medical goods" from India, had said, "I would be surprised if he (Modi) would, you know, because India does very well with the US."

"I don`t like that decision, I didn`t hear that that was his decision. I know that he stopped it for other countries. I spoke to him yesterday, we had a very good talk and we`ll see whether or not that`s his...For many years, they`ve been taken advantage of the US on trade. So I would be surprised if that were his decision. He`d have to tell me that. I spoke to him Sunday morning, called him, and I said, we`d appreciate you allowing our supply to come out. If he doesn`t allow it to come out. That would be ok. But of course, there may be retaliation. Why wouldn`t there be," the US President said.

The official spokesperson of ministry of external affairs, Anurag Srivastava however said that these were "attempts by section of the media to create unnecessary controversy" over the issue of Covid-19 related drugs and pharmaceuticals. He discouragedA "speculation" or "attempts to politicise the matter."

To ensure there are adequate stocks of medicines for the requirement of Indiaa's own citizens, he said, some temporary steps were taken to restrict exports of a number of pharmaceutical products. "In the meanwhile, a comprehensive assessment was made of possible requirements under different scenarios. After having confirmed the availability of medicines for all possible contingencies currently envisaged, these restrictions have been largely lifted," the spokesperson said.

The Directorate General of Foreign Trade, he said, has notified lifting restrictions on 14 drugs yesterday. Paracetamol and Hydroxychloroquine (HCQ), will be kept in a licensed category and their demand status would be continuously monitored. However, the stock position could allow Indian companies to meet the export commitments, he said.

In view of the humanitarian aspects of the pandemic, he said, it has been decided that India would licence paracetamol and HCQ in appropriate quantities to neighbouring countries who are dependent on Indian capabilities. India, he said, will also be supplying these essential drugs to some nations which have been particularly badly affected by the pandemic.