A man has been booked for allegedly black marketing and selling sub-standard masks, the Uttar Pradesh police said on Wednesday. 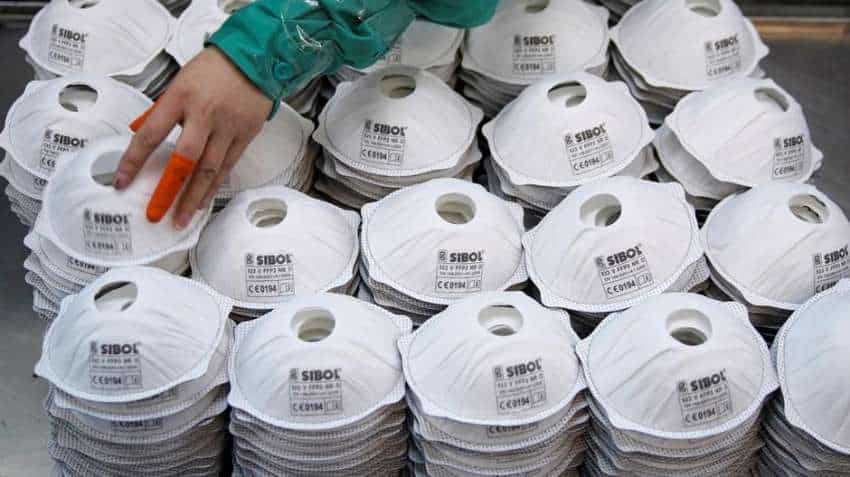 Police have recovered 500 masks made of cloth from him. This is a representational image. Photo:Reuters
Written By: PTI
RELATED NEWS

Amid increase in the demand of masks due to coronavirus outbreak, a man has been booked for allegedly black marketing and selling sub-standard masks, the Uttar Pradesh police said on Wednesday.

The FIR was registered against Vivek Kumar on Tuesday after a district administration team found him selling sub-standard masks and also black marketing them, in Babrala locality of Gunnaur area here, Superintendent of Police Yamuna Prasad said.

Police have recovered 500 masks made of cloth from him, he said.

Uttar Pradesh has so far recorded 16 cases, including one foreigner as the number of cases across the country rose to 147 on Wednesday, according to the Union Health Ministry. The cases include 25 foreign nationals and the three persons who died in Delhi, Karnataka and Maharashtra.

Karnataka has 11 coronavirus patients. The number of cases in Ladakh rose to 8 and Jammu and Kashmir three. Telangana has reported five cases which includes two foreigners.

Rajasthan has also reported four cases including that of two foreigners. Tamil Nadu, Andhra Pradesh, Odisha, Uttarakhand and Punjab have reported one case each. In Haryana, there are 16 cases, which include fourteen foreigners.