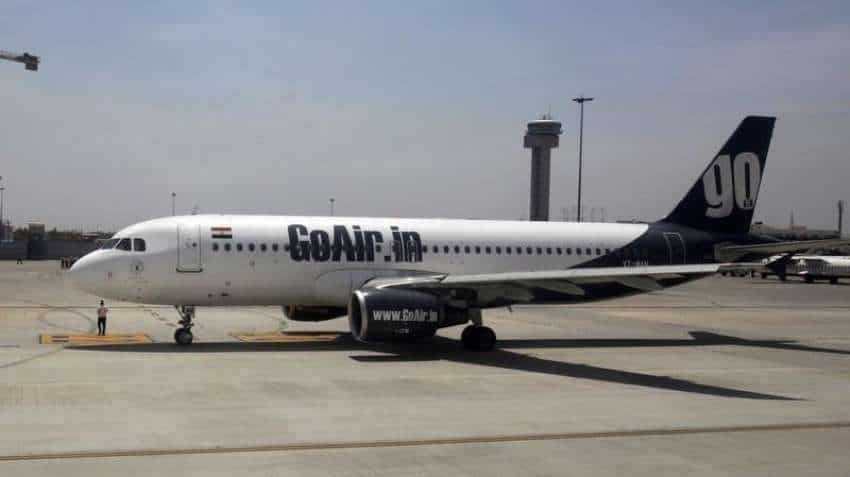 Budget carrier GoAir has temporarily suspended all its international operations from Tuesday due to the outbreak of coronavirus and the consequent travel restrictions.

According to the airline, it is forced to temporarily suspend all its international operations starting from March 17th until April 15, 2020.

"The aviation industry has been one of the most affected as governments have issued far reaching travel advisories, special events have been postponed or called off, customers have curtailed their individual travel plans and businesses have restricted the movement of their employees," a GoAir Spokesperson said in a statement.

"With all these countries introducing travel bans, GoAir is forced to temporarily suspend all its international operations starting 17th March 2020 until 15th April 2020."

As per the statement, airlines across the world have taken drastic measures to handle this extraordinary situation, with some reports showing that the world`s leading airlines are reducing flight capacity between 50 to 90 per cent in April and May.

On its part, India has temporarily banned all passengers coming from a host of countries and vice-versa.

The passengers from EU, European Free Trade Association, Turkey and the United Kingdom have been prohibited from entering India from any of the land, air, seaports.

Further, all passengers coming from UAE, Qatar, Oman and Kuwait will be placed under compulsory quarantine for a minimum period of 14 days which shall come into effect from March 18, 2020 at the port of first departure.

Besides, the airline has initiated a short term rotational leave without pay programme that "will not only help the company counter the short term reduction in capacity, but will also ensure that a cross section of our employees stay away from the workplace for a month at a time to ensure business continuity".

"Knowing that this will put a financial burden on the affected employees and having studied what companies have done in other countries to help guide our plans, this decision was not taken lightly," the statement said.

"In addition to addressing our short term financial and network requirements, airlines in India have petitioned the Government of India for immediate support, as most other governments around the world have already provided to their similarly affected airlines."

According to the statement, the airline has taken many immediate measures to make business more efficient.

"GoAir has been profitable for the past several years and the airline remains on track to receive 12-15 aircraft each year through the end of 2025 in support of our planned growth," the statement said.