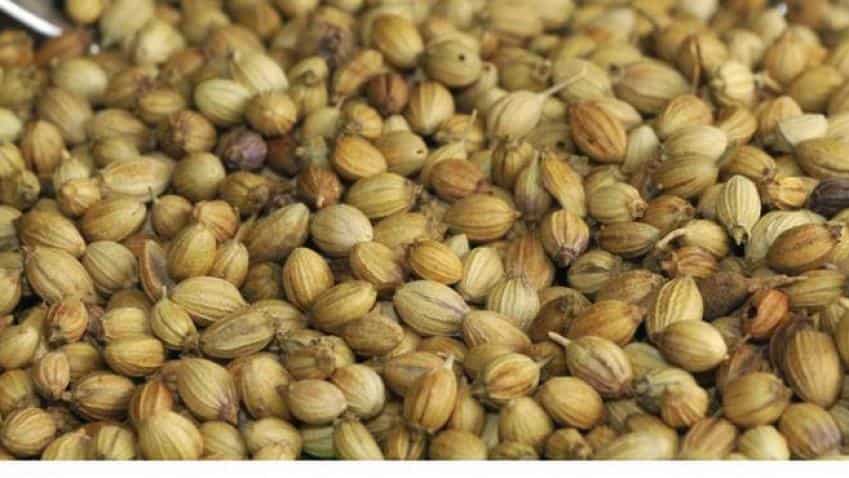 The contract for April delivery was trading higher by Rs 107, or 1.92 per cent, to trade at Rs 5,678 per quintal. Image source: PTI
Written By: PTI
RELATED NEWS

Coriander prices rose 2.17 per cent to Rs 5,746 per quintal in futures trade today as speculators enlarged their positions on the back of increased buying by retailers and stockists.

Market analysts attributed the rise in coriander futures to upsurge in demand in the physical market against low stocks position on fall in supplies from producing regions.