The government’s spending had contracted by 4.7 per cent in April-July 2021 on a YoY basis and stood at 28.8 per cent of the FY2022 Budget Estimates. 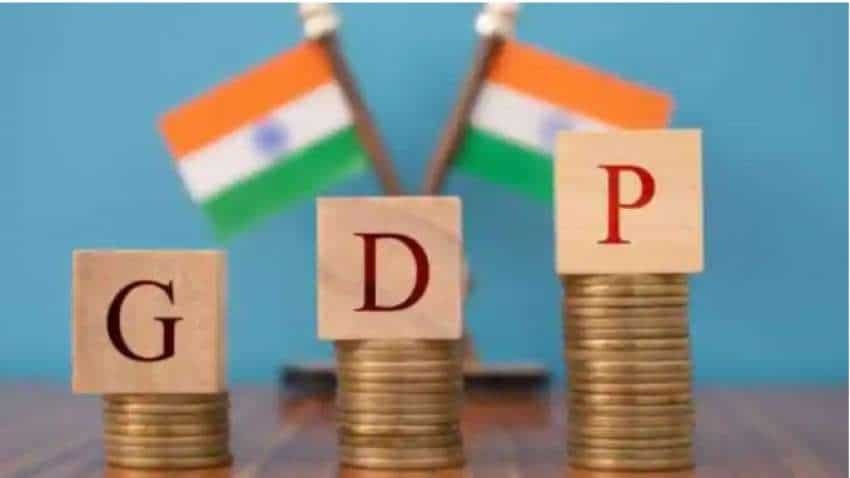 ICRA expects higher the government spending to boost growth in H2 FY2022, in contrast to the situation in Q1 FY2022, when the government consumption expenditure had trailed the year-ago levels. Source: PTI
Reported By: ZeeBiz WebTeam
Edited By: Ravi Kant Kumar
RELATED NEWS

ICRA has revised its real GDP growth forecast for FY2022 to 9.0 per cent from 8.5 per cent, citing the brightening prospects for the second half FY2022, benefitting from the rapid ramp-up in the Covid-19 vaccine administration, healthy advance estimates of kharif output and easing of cash management measures related to the Government of India’s spending.

According to Aditi Nayar, Chief Economist, ICRA Ltd: “The widening coverage of the Covid-19 vaccines is likely to boost confidence, which will in turn re-energise demand for contact-intensive services, helping to revive the portions of the economy affected most by the pandemic. Moreover, the robust kharif harvest is likely to sustain the consumption demand from the farm sector.”

“Additionally, the expected acceleration in Central Government spending after the withdrawal of the earlier cash management guidelines, will recharge this key driver of aggregate demand. Accordingly, we have revised our projection of the real GDP growth in FY2022 to 9.0 per cent from 8.5 per cent. Regardless, a potential third wave, and whether the existing vaccines are able to protect against any new variants that might emerge, remain key risks,” Nayar added.

If the average of 7.9 million doses per day recorded during September 1-26, 2021 can be sustained, ICRA estimates that nearly three-fourths of Indian adults could receive their second Covid-19 vaccine shot by the end of 2021. This should help boost demand for contact intensive services in Q4 FY2022, although some services such as business travel may revert to their pre-Covid levels with a longer lag.

“Late sowing has helped to bring the kharif acreage nearly at par with last year's record area. In line with this, the First Advance Estimates of crop production for FY2022 signalled a robust rise in kharif output, barring coarse cereals and oilseeds, quelling the concerns raised by the uneven monsoon and episodes of flooding. Based on this, we have enhanced our forecast for the GVA growth in agriculture, forestry and fishing to 3.0 per cent each in Q2 FY2022 and Q3 FY2022, from our earlier projection of a tepid 2.0 per cent rise,” Nayar said.

With continued healthy procurement, ICRA expects farm sentiments to remain favourable, supporting economic activity. The late surge in rainfall will replenish the groundwater levels and may mitigate the impact of the lower reservoir storage. However, availability of fertilisers has become a concern for the upcoming rabi season as systemic inventory levels are significantly below the historical levels.

“Rising rural vaccination coverage is likely to boost confidence for the non-farm portion of the rural economy, especially as the scarring caused by the high healthcare costs of the second wave eases,” Nayar said.

The government’s spending had contracted by 4.7 per cent in April-July 2021 on a YoY basis and stood at 28.8 per cent of the FY2022 Budget Estimates. ICRA expects higher the government spending to boost growth in H2 FY2022, in contrast to the situation in Q1 FY2022, when the government consumption expenditure had trailed the year-ago levels.

“The robust upturn in the government’s direct tax revenues and the awaited commencement of inflows from the National Monetisation Pipeline have improved the revenue visibility for the Central Government. This is likely to have contributed to the withdrawal of the extant cash management guidelines, which should set the stage for accelerated Central Government spending in the H2 FY2022. Visible traction in the government spending will help unleash the animal spirits and drive a faster recovery in economic activity,” Nayar added.