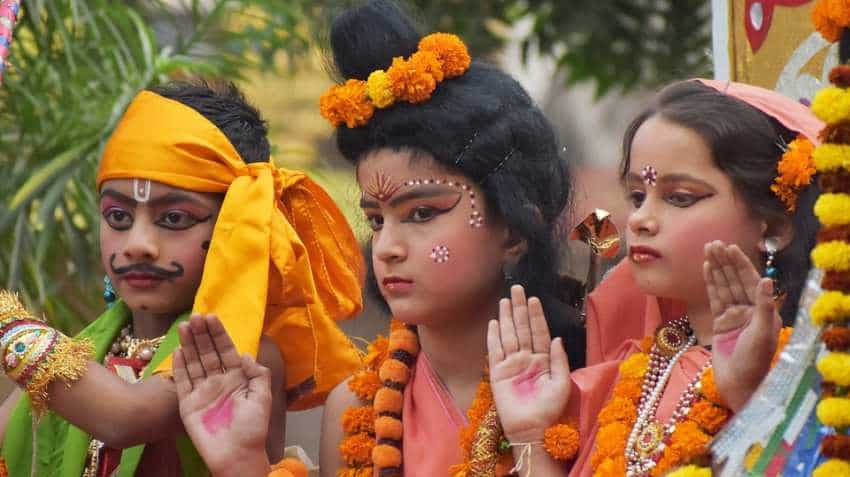 The first such train by the name “Shri Ramayana Yatra” is scheduled to depart from Jaipur (Rajasthan) via Delhi on 3rd November 2019. The package also includes the option of visiting Ramayana related places in Sri Lanka for limited number of seats.

The other train by the name “Ramayana Express” is starting from Indore in Madhya Pradesh via Varanasi from 18th November, 2019.

One more such train is expected to depart from Madurai in the coming months.

When the first trip of these special trains was introduced last year on 14th December-2018 from Delhi Safdarjung Railway Station, it generated a very good response and merely in a week’s time this train attained 100 percent booking, said Singh.

Not only the Indian Part of Ramayana Trail, but the Sri Lankan Part also was operated with its utmost capacity. Based on the tremendous response of its 1st train, IRCTC had launched another such train from Jaipur, Rajkot and Madurai and all these tour packages were operated in full in the month of November,2018.

The tour starting on 03rd November, 2019 which will be a 16 Nights -17 Days tour, tourists will be visiting the tourists places associated with Lord Ram also known as “Ramayana Circuit of India”. Major places covered in this journey are Ram Janmbhoomi and Hanuman Garhi at Ayodhya, Bharat Mandir at Nandigram, Sita Mata Mandir at Sitamarhi (Bihar), and Janakpur (Nepal), Tulsi Manas Mandir and Sankat Mochan Mandir at Varanasi, Sita Samahit Sthal at Sitamarhi (UP), Triveni Sangam , Hanuman Mandir and Bharadwaj Ashram at Prayag, Shringi Rishi Mandir at Shringverpur, Ramghat and Sati Anusuiya Mandir at Chitrakoot, Panchvati at Nasik, Anjanadri Hill and Hanuman Janm Sthal at Hampi & Jyotirlinga Shiva Mandir at Rameshwaram.

Fare, facilities: Tourists will be offered vegetarian meals, accommodation and wash and change facilities in dharmashalas. All transfers & sight-seeing arrangements at tourist places will be by Non AC buses. A dedicated tour manager of IRCTC will be travelling with the tourists during the entire tour.

Total capacity of train will be 800 Seats. Per person fare for the trip from Jaipur in Shri Ramayana Yatra Tourist Train is Rs. Rs.16065 for the Indian Part of this tour covered by train.

Per person fare for the trip originating from Indore is Rs 17,325/- (3 AC class) and Rs. 14,175/- (Sleeper class), which is inclusive of providing travel by train in 3AC class/ 2nd Class Sleeper coach, Besides it, the cost is inclusive of following:

1. Hall accommodation at places of night stay/ morning freshening up.
2. Pure vegetarian meals.
3. Tourist buses for visiting sightseeing spots.
4. Tour escorts for announcements and information.
5. Security arrangements for each coach (without arms).
6. An IRCTC Official on train as Train Superintendent.