The SEC is seeking permanent injunctions, monetary penalties, and officer-and-director bars against Coburn and Schwartz. 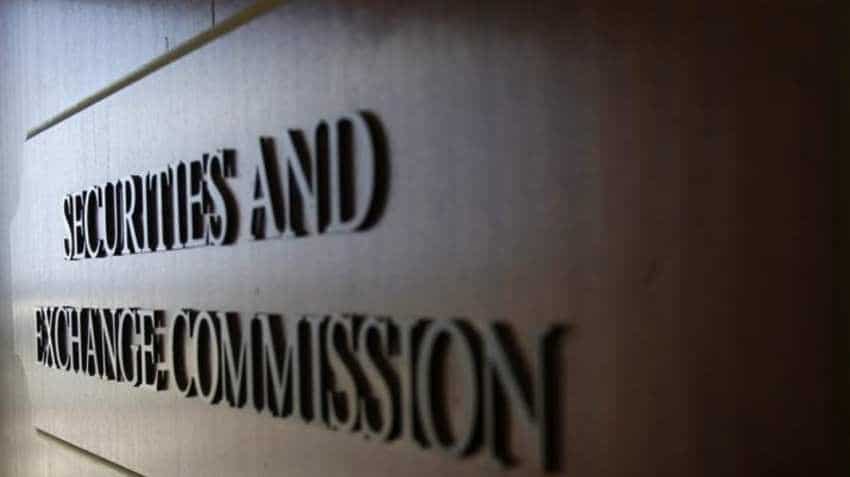 "We are pleased to reach these resolutions with the US Department of Justice and the US Securities and Exchange Commission. Reuter

Major American IT player Cognizant will pay USD 25 million to the US Security and Exchange Commission to settle its India bribery charges, as Department of Justice filed criminal cases against two if its former top executives.The two former executives have been charged for their roles in facilitating the payment of millions of dollars in bribe to an Indian government official, the Security and Exchange Commission (SEC) said.Cognizant has agreed to pay USD 25 million to settle charges that it violated the Foreign Corrupt Practices Act (FCPA), the SEC said.

The complaint alleges that in 2014, a senior Tamil Nadu official demanded a USD 2 million bribe from the construction firm responsible for building Cognizant's 2.7 million square foot campus in Chennai.As alleged in the complaint, Cognizant's President Gordon Coburn and Chief Legal Officer Steven E Schwartz authorised the contractor to pay the bribe and directed their subordinates to conceal the bribe by doctoring the contractor's change orders.The SEC also alleges that Cognizant authorised the construction firm to make two additional bribes totaling more than USD 1.6 million.
Cognizant allegedly used sham change order requests to conceal the payments it made to reimburse the firm, SEC said.

The SEC charged Coburn and Schwartz with violating anti-bribery, books and records, and internal accounting controls provisions of the federal securities laws.

The SEC is seeking permanent injunctions, monetary penalties, and officer-and-director bars against Coburn and Schwartz.

In a separate statement, the Department of Justice said Gordon Coburn, 55, and Steven Schwartz, 51, have been charged in a 12-count indictment with one count of conspiracy to violate the FCPA, three counts of violating the FCPA, seven counts of falsifying books and records, and one count of circumventing and failing to implement internal accounting controls.

According to the indictment, in April 2014, Coburn and Schwartz allegedly authorised an unlawful payment of approximately USD 2 million to one or more foreign government officials in India to secure and obtain a necessary permit to open a new office campus.

According to the indictment, as Coburn, Schwartz and others had previously agreed, they hid the bribe reimbursement payment within a series of line items in a construction change order request to be paid to the construction company, thereby concealing the true nature and purpose of the reimbursement, falsifying Cognizant's books and records, and circumventing and failing to implement its internal controls.

In a statement, Cognizant said it has resolved the previously disclosed investigations by the Department of Justice and SEC into whether payments relating to permits and licenses for certain real estate facilities in India violated the US FCPA.

"We are pleased to reach these resolutions with the US Department of Justice and the US Securities and Exchange Commission.

With today's announcements, we've taken a major step forward in putting this behind us," said Francisco D'Souza, vice chairman and CEO of Cognizant.

D'Souza said Cognizant undertook a comprehensive internal investigation under the oversight of the Audit Committee of the Board of Directors, with the assistance of outside counsel.

"We have also made further enhancements to our compliance processes, procedures and resources.

It is important to note that this entire matter did not involve our work with clients or affect our ability to provide the quality services our clients expect from us," he said in a statement.

The Company, it said, settled with the SEC by consenting to the entry of an administrative order.

In total, the resolutions require it to pay approximately USD 28 million to the DOJ and SEC.

"This amount is consistent with the accrual previously recorded by the company," the statement added.