Kerala's Kochi airport on Wednesday extended the suspension of all flight operations till Saturday afternoon as its runway and parking area got flooded due to heavy rain in the state. 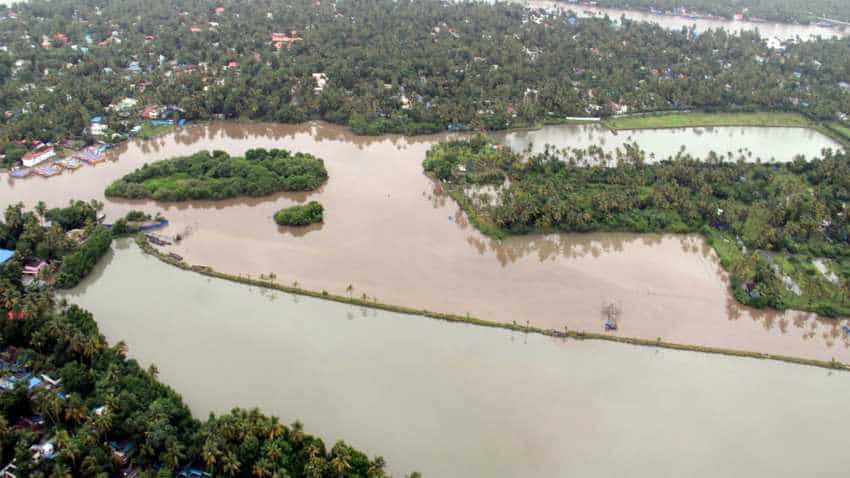 - Kerala's Kochi airport on Wednesday extended the suspension of all flight operations till Saturday afternoon as its runway and parking area got flooded due to heavy rain in the state. An official notice said "Kochi Airport operations temporarily suspended till 18th Saturday 2 PM since the inflow of water is still on a raising trend. The same is due to heavy inflow of water consequent to opening of dams. This is done to minimize the inconvenience  to passengers and as a precautionary measure to ensure operational safety."

- Red alert: Rain continued unabated in Kerala on Wednesday. As many as 47 people are reported to have died due to the rain. A red alert has been sounded in 12 of the 14 districts of Kerala.

- Airlines including IndiGo, Air India and SpiceJet have announced suspension of their operations to Kochi. "All flights to/fro Kochi, stand cancelled till Aug 16, 2018 due to runway unavailability owing to flood situation. For cancellations/rescheduling, please visit bit.Ly/2ndGnZ8 We hope everything gets normal soon," IndiGo said in a tweet. Air India tweeted, "In view of suspension of operations at @KochiAirport, penalties on no-show, date/flight change or cancellations on all confirmed tickets to and from Cochin are waived off. Pax may contact #airindia call centre or #airindia website."

- The heavy torrential rain in Kerala has also affected rail services in the state.

- On Tuesday, a Kuwait Airways flight carrying 161 passengers landed off the centre from the runway at the international airport here as sudden downpour caused visibility problems early today, airport sources said. All passengers alighted safely, they said. The aircraft landed at 4.20 am, but a little off the centre of the runway, making contact with the lights at its edge before taxiing to the parking bay. Flight operations were disrupted for a brief time and resumed minutes after "cleaning and correcting" the runway lights, an airport spokesperson said. The KU357 flight later left for Kuwait.

Aviation: Indian airports are stamping down on carbon footprint in strong climate action