Coal India FY20 outlook looks upbeat, but should you buy the stock?

Following an investors' meet, experts like IIFL Institutional Equities and Motilal Oswal have given a buy rating on Coal India stock. 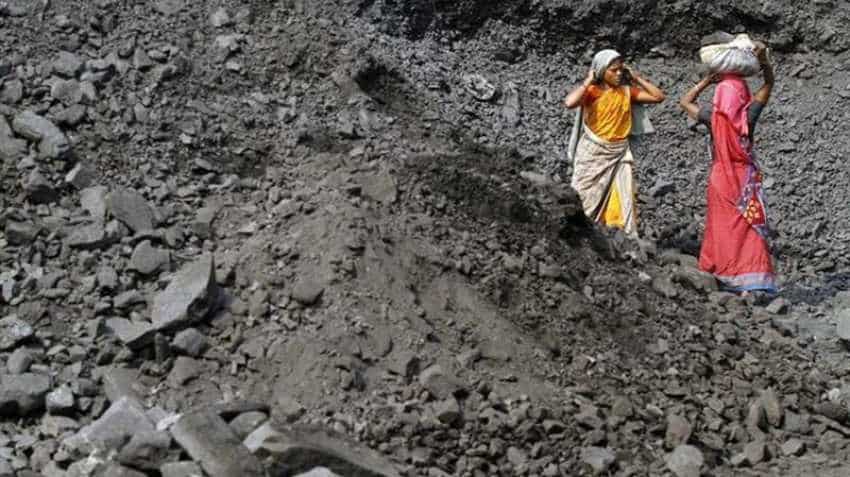 The state-owned and largest coal producer Coal India in its annual investors meeting held last week, showed optimism for the business in FY20. The management expressed confidence on its FY20 production target of 660mt, as various issues at large mines under SECL, MCL and CCL have been resolved. Following the investors meet, experts like IIFL Institutional Equities and Motilal Oswal has given a buy rating on the stock price of Coal India. On BSE, the shares were trading at Rs 258 per piece slightly down by 0.90% at around 1406 hours. However, in the early hours of trading session, the stock  already clocked an intraday high and low of Rs 262.40 per piece and Rs 257.25 per piece respectively.

Talking about Coal India, Dhruv Muchhal and Aniket Mittal, Research Analyst at Motilal Oswal said, “COAL is targeting production of 660mt (+9% YoY) in FY20, implying incremental annual production of 53mt (exhibit 1). SECL, MCL and CCL together would constitute 37mt of this increase. The company noted that works on critical rail infrastructure are progressing well and that it is confident about meeting higher evacuation needs from these mines.”

Also, the duo cited that, COAL noted land acquisition is an issue as some mine areas are surrounded by densely populated regions. Further, law & order problems continue persisting in the eastern region. Thus, it does not expect an exponential increase in its production volumes with the commissioning of the evacuation infra. The company expects its production to rise by ~50mt annually.

However, according to Motilal’s analyst, Coal India also hinted that  its employee-cost may be impacted by actuarial valuation due to lower interest rates. However, it expects attrition in the employee count to offset such increases, keeping costs at the current level. COAL highlighted that it has constituted a high power committee to decide on the wage cost and is paying 30-35% more than the minimum wage requirement to its contractual employees. Going forward, COAL expects its contractual costs on a per ton basis to remain stable.

Considering above outlook, the duo said, “We expect average e-auction realizations to decline by ~INR400/t in FY20 on the back of higher domestic availability and lower international coal prices. However, high natural attrition should continue driving operating efficiencies. This, along with continued growth in volumes (our est. 5-6%), is likely to drive 5% EPS CAGR over FY19-21 – despite the high base of FY19. We note that COAL’s FY19 EBITDA has doubled from FY17 levels. Despite this, the stock has witnessed significant de-rating over the last 2-3 years.”

Similarly, Anupam Gupta and Urvil Bhatt analyst at IIFL Institutional Equities said, “ In terms of offtake, power generation growth remains key. Share of e-auction may remain low after falling to 11% in FY19, but increased supply under linkage auction (~20% premium to FSA) should aid realisations. On costs, wage costs should remain stable, while contractual cost/t should decline. We marginally change estimates and retain BUY, with TP of Rs321.”

From the above target price, Coal India is set to rise between 20-25% ahead.

LIC, Paytm, Coal India correct 20-73% on issue prices; which one is better bet at current levels and why? Explained

Coal India gains post q4 results; buy, sell or hold - What should investor do with this PSU stock?