Coaches with anti-collision device to be built from 2018: Piyush Goyal 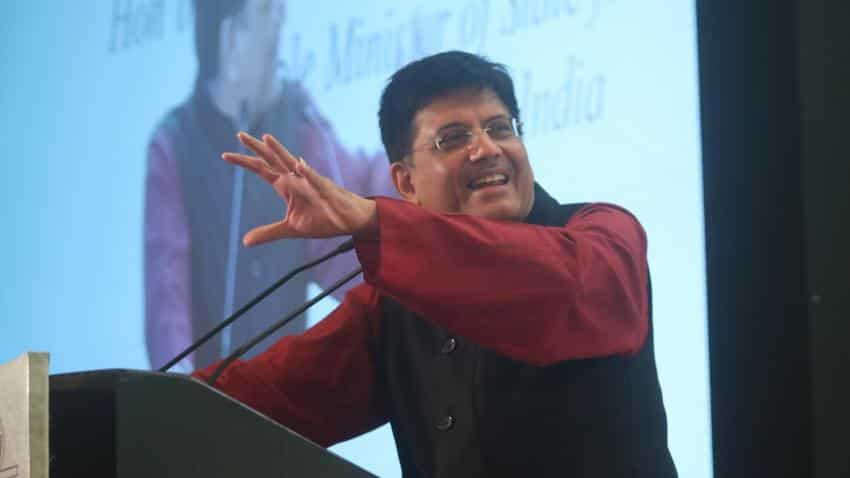 Only those railway coaches which have in-built anti-collision devices will be produced in the country from June 2018, the government said today.

Railway Minister Piyush Goyal also told the Rajya Sabha that a policy decision to fill up 50 per cent of the total vacancies of 1.2 to 1.3 lakh in the railways, assessed as per the sanctioned strength, and has been taken. This process will take another 6-9 months, he said during Question Hour.

"There are a total of 1.2 to 1.3 lakh vacancies assessed as per sanctioned strength of Railways. New technology is being used to monitor tracks and as an interim measure. We have decided to fill up 50 per cent of such vacancies.

"Normally it takes over a year to complete the process, but we will speed up the process and the vacancies will be filled up between six to nine months," Goyal said.

He also said the Railways has taken a policy decision to remove all unmanned level crossings on heavily congested routes from Ganesh Chaturthi of 2018, slated in September.

He said the railways has two kinds of coaches - the Linke Hofmann Busch (LHB) and Integral Coach Factory (ICF), that are produced in the country.

The LHB coaches have in-built anti-collision devices which cause less fatalities, while more fatalities have been recorded in the ICF coaches, the minister said.

"As a policy decision, after June 2018 we will not produce any more ICF coaches and only LHB coaches will henceforth be produced," he told the members.

The LHB coaches are manufactured by the Rail Coach Factory (Kapurthala) under a Transfer of Technology agreement, while the "Integral Coach Factory" are produced in railways' main coach production plants in Perambur near Chennai.

Maintaining that there were 28,000 level crossings and 4,000 of them were still unmanned, he said "the railways has taken a policy decision that by Ganesh Chaturthi of 2018, not a single unmanned level crossings will remain all will be removed on heavily congested routes."

He said technology was being studied and efforts are on make them useful in the Indian context to ensure more safety and the accident rate was also coming down.