As co-working spaces continue to come up in the country, annual transaction numbers in this segment is likely to triple from current levels over the next 3 years, a recent report by property consultant Knight Frank said. 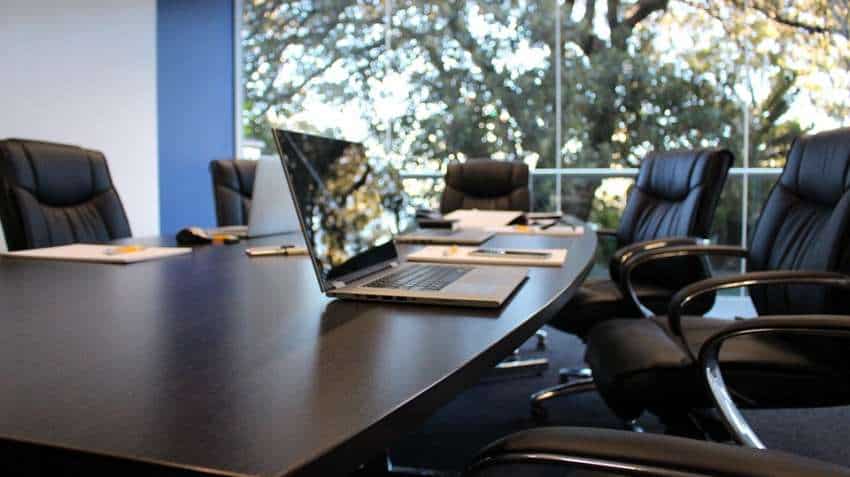 As co-working spaces continue to come up in the country, annual transaction numbers in this segment is likely to triple from current levels over the next 3 years. Image source: Pixabay
Written By: ZeeBiz WebTeam
RELATED NEWS

As co-working spaces continue to come up in the country, annual transaction numbers in this segment is likely to triple from current levels over the next 3 years, a recent report by property consultant Knight Frank said. According to the report, co-working companies took up 2 million sq ft space in the first quarter of 2018 itself, which has exceeded the annual tally of 2017 at 1.8 million sqft.

"The expansion plans of major players and the increasing appetite for this format from occupiers, property owners and co-working operators should see annual transaction numbers triple from current levels over the next 3 years," said Samantak Das, Knight Frank India chief economist and national director - research.

Currently, NCR, Mumbai and Bengaluru house most of the co-working stock in India followed by Pune and Kolkata, the report said. While co-working companies accounted for just under 1.8 million sq ft of the 41 million sq ft of annual commercial office space transactions volume, the demand will increase significantly in the next three years.

There are close to 200 co-working players operating an estimated 400 shared workspaces across the country today, compared to just Regus and few localised players in 2010 running less than 30 such centres, the report mentioned. In Q1 2018, the highest co-working transaction activity was witnessed in Bengaluru, NCR and Hyderabad markets, which contributed 43 per cent, 16 per cent and 15 per cent, respectively.

"India, today, is witnessing a proliferation of start-ups and SMEs, buoyed by the government's concerted efforts to create a sustainable eco-system for entrepreneurs in the country. Large number of them being millennials, believe in harbouring global aspirations with a staggeringly ambitious mind-set that was not in evidence a few years back," Das said.

"This provides a perfect platform for dynamic co-working business centres to cater to the office space needs of these aggressive growth-seeking start-ups," Das added.

The report further stated that private equity players have also been looking to invest in co-working startups as was visible in the Sequoia Capital deal which invested USD 20 million in mid-2017 in co-working space start-up, Awfis.

The agency, however, pointed out that despite the demand for co-working space, there are several challenges, including changing the conventional mindset of a client, data security and privacy, that have to be tackled.

"The fact that large Indian corporates today constitute around 50 per cent of the co-working operator's overall client roster bears testament to its increasingly widespread acceptance among mainstream occupiers," Das added.