The top 5 I.T. services companies (except Wipro) reported 110-410bps QoQ EBIT margin expansion in Q2 FY21; Wipro was stable. While this was expected with normalisation of supply-side constraints that affected Q1 FY21, the beat was strong across players. 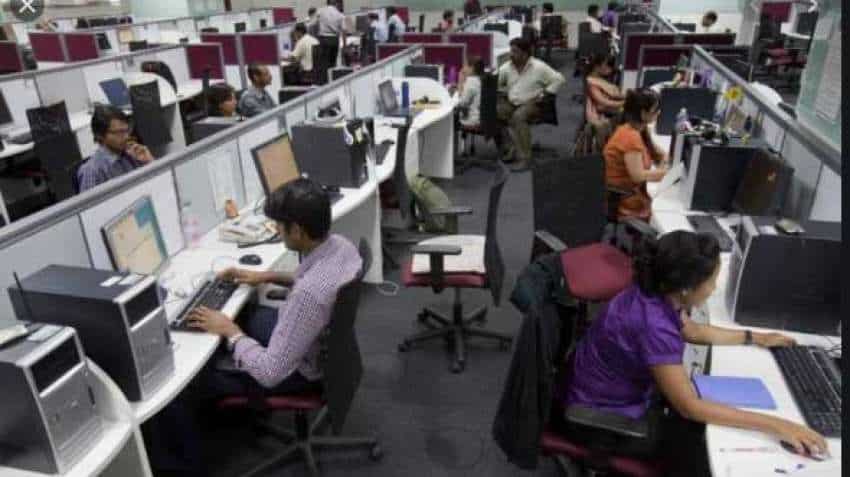 CLSA expects most companies should be able to maintain or increase capital return in FY21: Reuters
Reported By: ZeeBiz WebTeam
Written By: Rahul Kamdar
Edited By: Harish Dugh
RELATED NEWS

TCS, Infosys, HCL Tech to Wipro - how much will Indian IT industry grow, or will it? Find out

CLSA maintains bottom up bias for HCL Tech, Infosys, and Tech Mahindra (TechM), in that order. A common theme in Q2 FY21 results across players (excluding Wipro) was the significant beat on margin versus estimates that led to 4% upgrade to consensus FY21/FY22 EPS estimates for CNX IT Index post results. The beat, like in Q1 FY21, was driven by transient factors, most of which could reverse as the operative environment normalises. However, mean reversion would likely happen at a varied pace and degree; hence, normalised margins over FY22/FY23 should sustain above the previously assumed levels. Thus, optically rich valuations and low probability of fresh triggers in a seasonally soft Q3 FY21 could keep the stocks ranged in the near term.

What drove the margin surprise in Q2 FY21?

The top 5 I.T. services companies (except Wipro) reported 110-410bps QoQ EBIT margin expansion in Q2 FY21; Wipro was stable. While this was expected with normalisation of supply-side constraints that affected Q1 FY21, the beat was strong across players.

Companies are also using the pandemic to correct inefficiencies in the cost structures. For instance, Tech Mahindra realised 270 bps gains in Q2 FY21 from its ongoing drive to right size headcount and subcontractor allocations across projects.

Medium term margin outlook - What to extrapolate and what not?

Easing of the supply-side restraints (resumption of promotions and annual wage hikes) and seasonal factors (furloughs and lower working days) are likely to normalise margins over the second half of FY21 after two quarters of expansion.

However, other cost controls remain. Lateral hiring is still opportunistic and staggered joining of campus hires should keep the net cost impact low (negative for utilization but positive for per-capita costs). Also, employees take fewer leaves while working from home (WFH) and with most companies not showing an urgency to return to working from office at least for the next two quarters, utilization could stay elevated.
Offshore delivery share could stay high and even increase with growing adoption of remote transitions in large deals and execution shifting to offshore in existing projects.
Reduced travel and visa costs contributed 80-170 bps to EBIT margin expansion over the first half of FY21. While CLSA believes these costs bottomed out in Q2 FY21, the reversal is likely to be slow, and the normalised amount is likely to be 80-100 bps below the pre-pandemic levels (1.3-2.6% revenues across players).

Would strong cash generation in the first half of FY21 lead to improved capital return?

Free cash flow (FCF) excluding merger and acquisitions is sequentially up for the top 5 players in the first half of FY21. While the improvement was mostly from lower tax payments in Q1 of FY21, lower working capital helped in Q2.

Days sales outstanding (DSOs) are down by 0-15 days over the past two quarters for the top 5 players. While sustaining it could be tough, most players appear comfortable on restricting the increase to below pre-pandemic levels.

That said, with the first half of FY21 at 54-179% of FY20 FCF, CLSA expects most companies should be able to maintain or increase capital return in FY21, a positive for valuations.

CLSA sees limited scope for incremental surprise on margins, at least in the near term. This could moderate the EPS upgrade cycle; consensus FY22 EPS for CNX IT Index is up 9% over the past six months (though it is still 1% below pre-pandemic level).

TCS, Infosys, HCL Tech to Wipro - how much will Indian IT industry grow, or will it? Find out