The Delhi government is closely monitoring the COVID-19 situation arisen out of the Omicron variant, Health Minister Satyendar Jain said on Monday, even as he ruled out the possibility of a lockdown in the national capital. 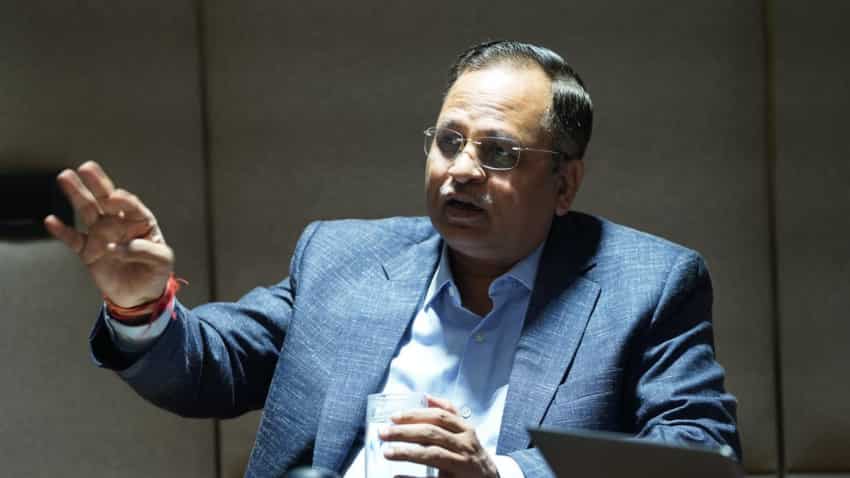 The Delhi government is closely monitoring the COVID-19 situation arisen out of the Omicron variant, Health Minister Satyendar Jain said on Monday, even as he ruled out the possibility of a lockdown in the national capital.

Interacting with reporters, he said, the city government has already put in place a "graded response action plan", and it will be implemented accordingly, as and when the cases and positivity rate rise.

The Omicron variant is spreading out of a few countries, and "we are putting focus on testing, tracing and isolation of passengers" coming from foreign countries, especially the countries affected by the new variant.

He said the Delhi government authorities are "testing all people coming from the countries affected by the Omicron variant", and cautioned that this variant is far more transmissible than the Delta variant, adding the situation is being "closely monitored".

So far, a total of 27 people have been sent to LNJP Hospital, out of which 17 were found Covid-positive, and only one person has been confirmed to have been inflected with Omicron variant, and investigation is on to trace others, if any. All these patients have been admitted at the hospital, and many of them are asymptomatic, he told reporters.

The rest 10 people, who tested negative are those who came into close contact of people found Covid positive.

The genome sequencing of samples taken from 12 patients has been done, out of which only one was found positive with Omicron variant, and results of samples of rest five infected patients are expected in 2-3 days, he added.

Asked if there is a possibility of a lockdown, he said, the city government has already put in place a "graded response action plan", and it will be implemented accordingly, as and when the cases and positivity rate rise.

"There is no possibility of lockdown at the moment," he was quoted as saying in a statement issued by the Delhi health department.

In the last five months, positivity rate has hovered much below 0.50 per cent and daily cases have stood in the range of 30-60 or so, he told reporters.

According to the graded response system, when the positivity rate will reach to 0.50 per cent, that is, out of 1,000 people tested, five are positive, then the first level of this system will be implemented, the Delhi health minister said.

"Last time, the 'red level' response was implemented when we had reached a positivity rate of about 14-15 per cent. However, at present the cases of coronavirus in Delhi are much below 0.5 per cent, so no lockdown will be imposed right now," he said.

But, our efforts should be such that "we don't reach that stage of 0.5 per cent".

He asked people to wear masks and follow Covid-appropriate behaviour.

On vaccination, he said, over 93 per cent eligible people have received first doses, and second doses given to about 60 per cent of them.

He added, “Everyone needs to be alert, as this variant is a very fast-spreading variant. It spreads even faster than the Delta variant. So we need to be more careful”.

So, even those who are vaccinated, also need to follow Covid-appropriate behaviours, Jain said.

On the spread of Omicron variant, he added, "Chief Minister Arvind Kejriwal had earlier written a letter to the Centre appealing to stop the flights coming from the countries affected by the Omicron variant for some time, but the Central Government did not do so".

Therefore, the "central government must consider our words and stop the flights coming from the countries affected by the Omicron variant for a few days," he was quoted as saying in the statement.

"This is the easiest and most efficient way to avoid Omicron variants. Delhi receives the maximum number of flights from abroad, so Delhi is most at risk from this," he said.

The country reported the first two cases of the Omicron variant of COVID-19 in Karnataka. On Saturday, a 72-year-old NRI man from Gujarat and a 33-year-old man from Maharashtra had tested positive for the new strain.

A fully vaccinated man, in his 30s, who arrived in Delhi from Tanzania has tested positive for Omicron, the first case of the new COVID-19 variant reported in the national capital.