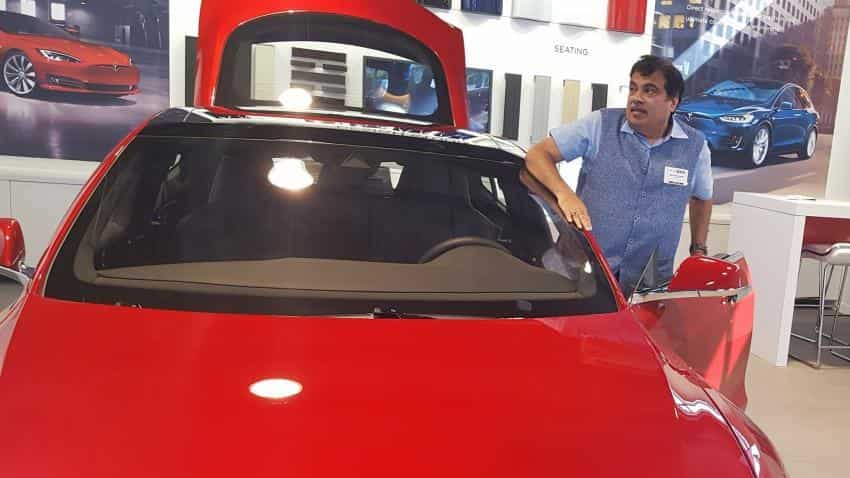 Nitin Gadkari calls for creation of ratings system for MSMEs, proposes setting up of dashboard for effective monitoring of schemes

Now clicking pictures of illegally parked cars can get you a reward of Rs 50.

Transport Minister Nitin Gadkari has asked citizens to click picture of wrongly parked cars and send to authorities, while proposing a 10% reward for them from Rs 500 fine imposed on the owner of the concerned vehicle.

Gadkari said he felt "ashamed" that absence of parking lots outside his own Ministry forced "ambassadors" and "big people" to park on road blocking the way to Parliament.

"In my Motor Vehicle Act, I am going to add one law (provision). Any car on road, you just take the photo on your mobile and send it to the department concerned or Police. There will be Rs 500 fine and 10 per cent will go to the complainant," Gadkari said today.

"No parking places are available. People are using roads for that," he said.

The minister said big institutions should have their parking places.

He said, "every day it is shameful for me...The Ambassadors are coming ... The big people are coming. Infront of Parliament, my total road is blocked and for getting permission to build a parking place I needed 13 permissions."

He said it took months to take permission for constructing a single parking lot and he had raised the issue with the then Urban Development Minister Venkaiah Naidu.

Gadkari during the laying of foundation stone for his own Ministry's automate parking had said in May 2016 that he felt "ashamed" that his own ministry had to wait nine months to get approvals for a 'simple automated parking lot'.

Gadkari, who has been very keen on this project, had expressed anguish over this delay at its foundation laying ceremony at Transport Bhawan near Parliament, prompting Naidu to promise a one-month cap on grant of all such permissions.

Transport Bhawan will be the first government building to have an automated multi level car parking facility in its premises at a cost of about Rs 9 crore.

The automated parking lot project is being undertaken by NHIDCL. The facility will comprise ground plus seven floors. Spread over an area of 314 sq metres and with a height of 22 metres, the facility will be able to house 112 cars. The retrieving time for cars will be 120 seconds.

The Motor Vehicles Bill, which aims to usher in far- reaching reforms in the transport sector, was in August referred to a 24-member Select Committee of the Rajya Sabha.

The committee will have to submit its report to the Rajya Sabha by the first day of the next session "without extension of time, Rajya Sabha Deputy Chairman P J Kurien has said.

The bill aims at bringing sweeping reforms in the transport sector, ranging from hefty fines for traffic rules violations to improving the licensing system and checking bogus licenses.

Nitin Gadkari calls for creation of ratings system for MSMEs, proposes setting up of dashboard for effective monitoring of schemes