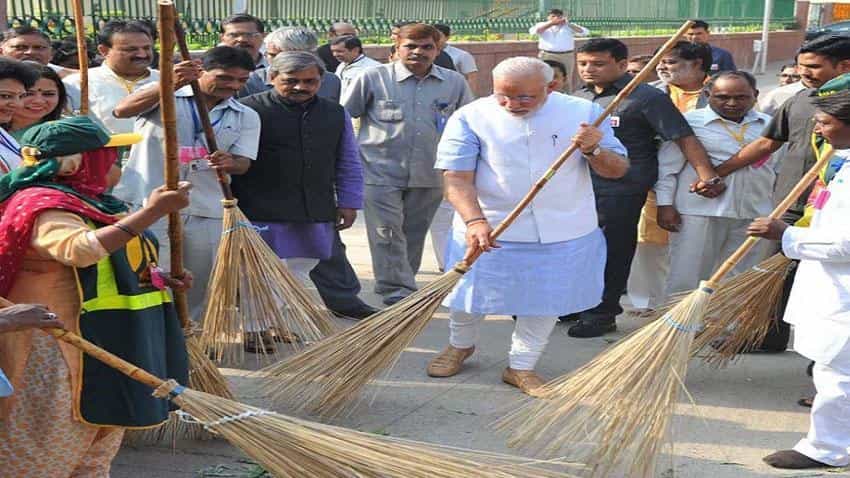 As part of the Swachh Bharat Mission, the Central Government will organise a week-long cleanliness drive across the country from today.

The initiative named `Swachh Bharat Week` is also being organised to celebrate the second anniversary of Swachh Bharat Mission, which was launched on October 2, 2014.

As part of the initiative, the Ministry of Urban Development and Ministry of Drinking Water and Sanitation will also organise a day-long India Sanitation Conference (INDOSAN-2016) on September 30 at Vigyan Bhavan.

"Prime Minister Narendra Modi will inaugurate INDOSAN which will be attended by Chief Ministers, Ministers In-charge of Urban Development and Sanitation, senior officials, collectors among others," said the statement.