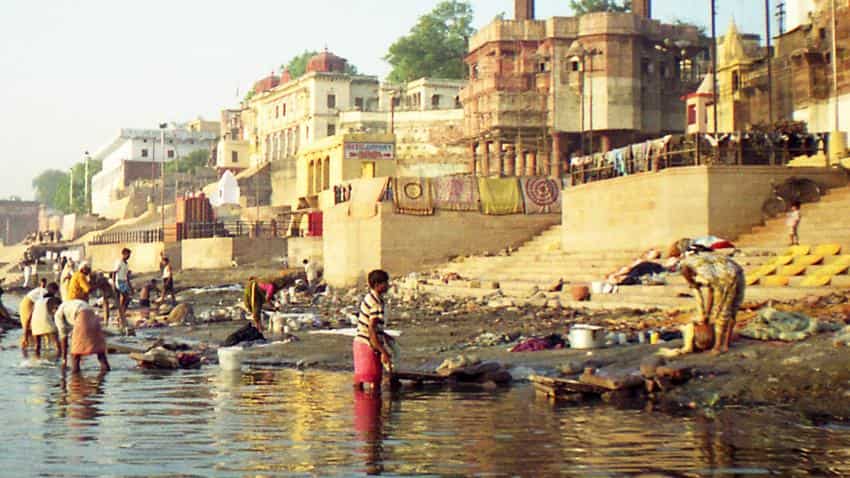 The initiatives to clean the holy river of the Ganges has been one too many in India yet somehow concrete results are not seen.

A total of 97 projects have been sanctioned Namami Gange programme in 53 towns at an estimated project cost of Rs. 8588.21 crore, Ministry of Water Resources stated.

“Out of these 12 projects are sanctioned exclusively under new components of Namami Gange programme at a sanctioned cost of Rs 351.42 crores. Out of the 97 projects, 32 are completed, in the states of Uttarakhand (23 projects in 12 towns); Uttar Pradesh (15 projects in 8 towns); Bihar (14 projects in 5 towns); Jharkhand (1 project); West Bengal (30 projects in 24 towns); Haryana (2 Projects in 2 towns) and in Delhi (1 project),” the Ministry said in a statement.

In reply to Lok Sabha questions the Minister of State for Water Resources, Vijay Goel said that a total of Rs 132,43,81,681 was received up till June 30 by the fund and it will be utilized for projects planned under the ‘Namami Gange Programme.’

“The Corporates and Private Companies can contribute their Corporate Social Responsibility (CSR) funds to Clean Ganga Fund (CGF) which is a notified CSR activity. They can also donate to CGF from their general funds for availing tax benefit under Section 80G of Income Tax Act 1961,” the Ministry said in a statement.

However, as per a press release by the cabinet in 2014, an initial sum of Rs 2,037 crore had been allocated in the Union Budget 2014-15 for the Clean Ganga Fund along with Namami Gange activities.

The Ganga Action Plan (GAP) was set up on January 14, 1986 with a view to improve the quality of the water.

Not long after that the GAP was converted into a National River Action Plan (NRAP), considering the approach of integrated river basin management.

By 2009 the Mission Clean Ganga was launched with the objective that by 2020, no municipal sewage and industrial waste would be released in the river without treatment.

This brought another budget figure of approximately Rs 15,000 crore investment allocated for the treatment of the river.

On the pretext of expanding coverage of sewerage infrastructure in 118 urban habitations on banks of Ganga an estimated cost by Ministry of Urban Development was reported by National Mission for Clean Ganga to be Rs 51,000 crore.

As recently as 2014, a report by Centre for Science and Environment on the pollution level of the Ganges reported alarming results in 2014.

The report stated that according to the CPCB’s monitoring data, biological oxygen demand (BOD) levels are high downstream of Haridwar, Kannauj and Kanpur and peak at Varanasi.

Even with the huge investments by the Government tangible results of clean waters flowing through the Ganges is still a distant dream.

739 cities to be ‘Open Defecation Free’ this fiscal

Global economies could shrink drastically by mid-century due to water scarcity: World Bank