Chris Wood sees a more stable rupee than the historic pattern of an annualised 4% depreciation against the US dollar as RBI has shown a continued commitment to maintain real interest rates. Still in the near term the risks on the currency are rising given oil’s continuing rally, he said. He further noted that the Indian currency does not look cheap on a real effective exchange rate basis. 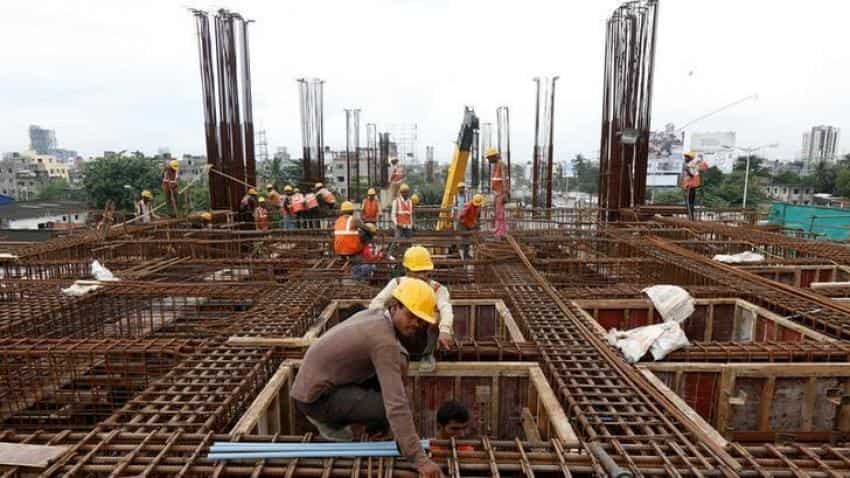 Christopher Wood, Chief Strategist, CLSA believes India has not yet been a flavour of the month so far in 2018 and with state assemblies and General elections lined up in FY19, India story could be badly damaged if 'formidable' Narendra Modi doesn't get re-elected. "The general election is by far the most important event on a one-year view since the Indian story would, in GREED & Fear’s view, be badly damaged if the formidable Narendra Modi was not re-elected," Wood said in his much-followed weekly newsletter 'GREED & Fear'.

"Still it is too early to pontificate about next year’s poll though there will, naturally, be a lot of focus on what happens in the state election in Karnataka to be held next month," he added. Wood also noted that he observed a 'healthy lack of exuberance' among local institutional investors when he visited India recently. Here are key takeaways from the GREED & fear letter:

Christopher Wood finds no material reason to reduce further the current double overweight in India in the Asia Pacific ex-Japan relative-return portfolio. India remains the best long-term story in Asian equities out of all the Asian markets covered by CLSA, he said.

Advising global emerging market investors who want to hedge an Indian overweight position, Wood suggested that the obvious strategy would be to overweight Russia. "This is because the major risk facing investors in India, from the standpoint of a US dollar-denominated investor, is a further rise in the oil price. Meanwhile, Russian stocks have got cheaper in US dollar terms with the 6 per cent decline in the ruble against the US dollar so far this month caused by America’s latest flurry of sanctions," he said.

Chris Wood sees a more stable rupee than the historic pattern of an annualised 4% depreciation against the US dollar as RBI has shown a continued commitment to maintain real interest rates. Still in the near term the risks on the currency are rising given oil’s continuing rally, he said. He further noted that the Indian currency does not look cheap on a real effective exchange rate basis. The Indian real effective exchange rate has risen by 24% from its low reached in September 2013 to a high in November 2017 and has since declined by 5 per cent, he pointed out.

Chris Wood observed that although valuations are high, most particularly in the mid-cap space, it is not as high as they were at the peak earlier this year. The Nifty Index and the Nifty MidCap 100 Index now trade on 17.5x and 21.3x one-year forward earnings, down from a peak of 18.6x and 25.2x reached in January and late December respectively. Still the mitigating factor continues to be that corporate profits as a percentage of nominal GDP remain comparatively depressed, declining from 7.1 per cent in FY08 to 3 per cent in FY17 and an estimated 3.1 per cent in FY18.

"This reflects the continuing lack of a new investment cycle. Hence, corporate profits as a percentage of nominal GDP peaked in fiscal 2008 which was the peak of the last investment cycle," he said in the report.

4. On banks and NPAs

Chris Wood noted that India is now reaching the crunch point since the 270-day deadline (180 days plus 90 days) is about to be reached this month for the first tranche of 12 problem assets accounting for 27 per cent of the NPL problem. Still despite the general wailing and gnashing of teeth triggered by recent strong measures by the government and RBI, GREED & Fear views them all positive since the more cases that are resolved, the more likely it becomes
that a new investment cycle can resume.

"Some of the players may be different from the last cycle. That in itself will be no bad thing given the long standing practice of some Indian “promoters” of treating public sector banks as their private piggy banks," he noted.

5. Where to invest in India

The best stories to invest in India remain the affordable housing story and the dramatic, albeit healthy, consolidation of the residential property market triggered by the “double whammy” of the Real Estate Regulation Act (RERA) (implemented from May 2017) and demonetisation.

The key point is that property developers, with solid balance sheets and a record of completing developments, will take market share as a result of a key stipulation of RERA, Wood said.