China's president Xi Jinping during his meeting with Indian prime minister Narendra Modi on Friday said that both the countries should work to "appropriately" manage their differences. 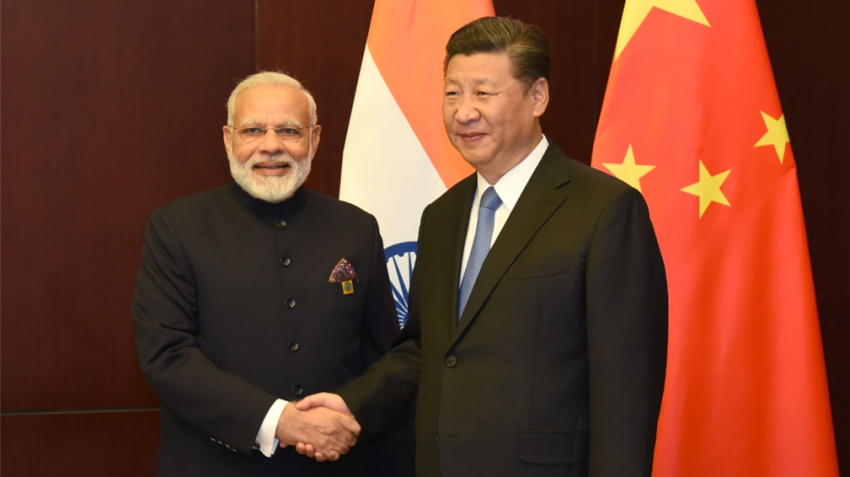 Prime Minister Narendra Modi meets the President of the People`s Republic of China, Xi Jinping, on the sidelines of the SCO Summit, in Astana, Kazakhstan on June 09, 2017. Image Source: IANS/PIB
Written By: Reuters
RELATED NEWS

"(China and India) should strengthen multilateral communication and consultation, and appropriately control and manage differences and sensitive issues," Xi said, according to the post.

The two leaders meet in Astana, Kazakhstan on the sidelines of a summit for the eight country bloc, which also includes nearly a dozen other states as partners or observer states.

Modi thanked Xi for supporting India to join the SCO and said that the two countries should respect each others core interests and appropriately manage differences, according to the Chinese foreign ministry post. No comment was immediately available from the Indian delegation.

Xi also said that China and India should increase trade and investment cooperation to ensure that the two countries were able to enjoy more "early stage profits" from large scale projects in infrastructure and industry.

"Substantive progress" on the China-India-Bangladesh-Myanmar project should also be promoted, Xi said, referring to a project to increase connectivity and trade between the four countries.

India has expressed unease over China`s "Silk Road" initiative to expand trade links between China and Eurasia, and did not send government officials from Delhi to attend a summit of leaders and ministers in Beijing in May.

A visit in April by Tibetan spiritual leader the Dalai Lama, who Beijing brands a separatist, to a region controlled by India but claimed by China stoked tensions between the two countries.

The Indian government has since taken steps to cool tensions, rejecting an Australian request to take part in joint naval exercises with the United States (US) and Japan last month to avoid agonising China.

The SCO was formed by China, Russia, Kazakhstan, Kyrgyzstan, Tajikistan and Uzbekistan in 2001 to fight threats posed by radical Islam and drug trafficking from neighbouring Afghanistan.

China has said that it supports Iran`s membership of the security bloc, as requested by Russia, and that the subject is under discussion at the summit, despite having been refused last year.