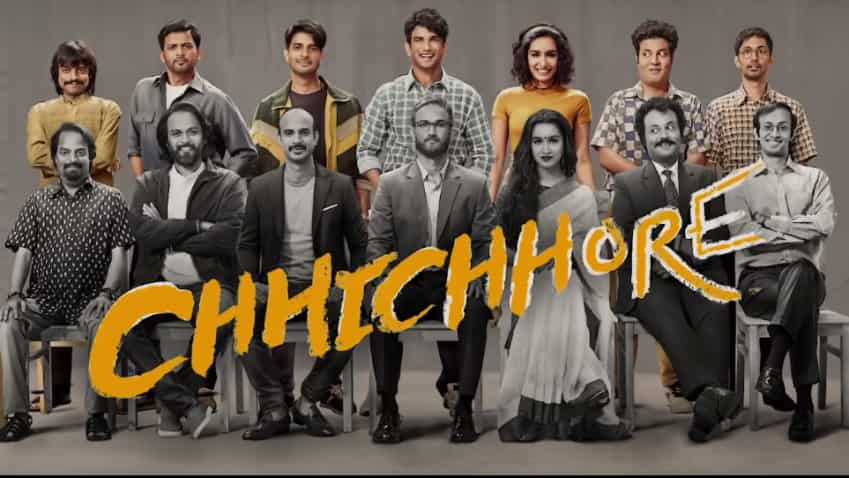 Chhichhore Release Date and Box Office Collection prediction: Sushant Singh Rajput and Shraddha Kapoor starrer 'Chhichhore' film will be released on September 6, 2019. Timing perfectly to the Friendship Day celebrations today, makers of the film released a trailer of the film which highlights the spirit of friendship wonderfully. The film gives the message that the story of friendship never ages.

Trade analyst Sumit Kadel got a vibe like 3 Idiots from the trailer of Chhichhore and he predicts that the film may enter the Rs 200 crore club. After watching the trailer today, Kadel tweeted, "Too early to say but i will take a risk to predict it...  #Chhichhore will enter ₹ 200 cr nett CLUB . Getting a vibe of #3idiots kind of CLASSIC from it."

Chhichhore has been directed by Dangal-fame Nitesh Tiwari. The description of the trailer of the film on YouTube reads: "The Director of Dangal takes you to the world that is full of exuberance and fun that a hostel and college life has to offer. A world where one meets interesting characters shares great times and becomes friends for life. Anni and Maya’s these friends are Sexa, Derek, Mummy, Acid, and Bevda, each one as unique as his name. Together the group takes you on a journey which is hilarious yet so true."

"The story offers a seamless transition between the past and present where friends join in the journey and have a re-union they never ever thought of," it adds.