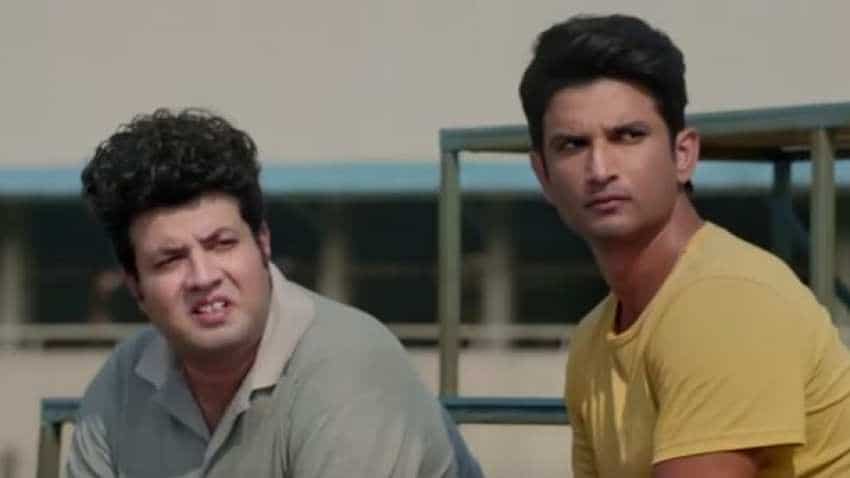 Chhichhore box office collection prediction: Upcoming Hindi movie Chhichhore is all set to release on September 6. Chhichhore is a comedy-drama film directed by Nitesh Tiwari and produced by Sajid Nadiadwala under the banner of Nadiadwala Grandson Entertainment. The film stars Sushant Singh Rajput, Shraddha Kapoor, Varun Sharma, Prateik Babbar and follows the life of seven friends from 1992 to present day.

The film focuses on seven friends during their college days and then how they save Anni (Sushant Singh Rajput) and Maya's (Shraddha Kapoor) son in their old age. Trailer of the movie has received a decent response and the songs have created a buzz among audience.

Film Critic and Trade Analyst, Sumit Kadel, right after the launch of its trailer, "Chhichhore was being expected to earn Rs 10 to Rs 12 crore earlier. The film is directed by Nitesh Tiwari, who was the director of Dangal movie. It has a huge starcast with Shushant Singh Rajput, Shraddha Kapoor, Naveen Polishetty and Varun Sharma and there were reasons that it should have received amazing advance booking. However, still it is expected to bag Rs 7-8 crore on opening and get Rs 35 to 40 crore by the weekend, in case it turns out good.''

However, after the special screening of Chichhore, the word of mouth has been positive. There is a lot of hope at the box office about Nitesh Tiwari’s film Chhichhore, which has been prepared in a budget of about Rs 50 crore.

Earlier Kadel tweeted, ''#Chhichhore is having the lowest Advance booking among Major releases  in 2019. No Buzz at all for the film, Day-1 Collection would depend on spot booking. Film is having limited release across India.''

Overall, Chhichhore will be releasing tomorrow in 1,000-1,500 screens and with decent hype, it may get a big jump in the weekend. Though on the weekdays, it could go steady as per analysts and the overall business will depend entirely on public word of mouth.