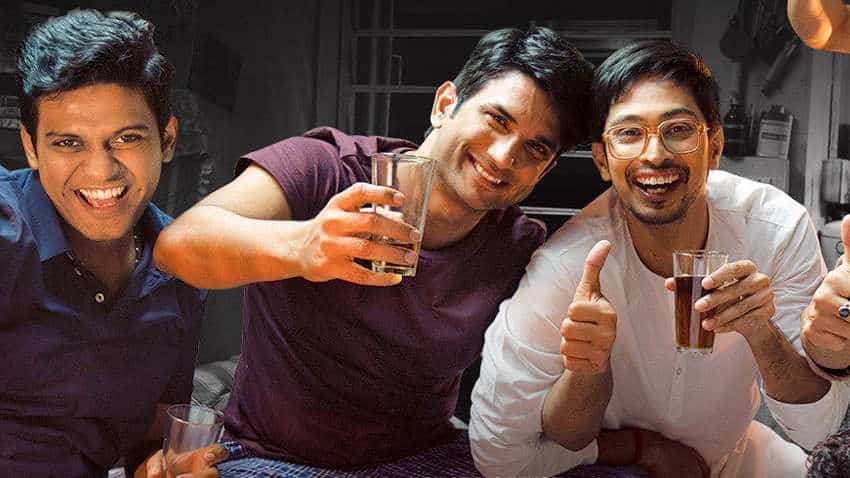 Nitesh Tiwari, who delivered the blockbuster "Dangal" before this, is extremely happy with audience response to "Chhichhore". Source - Twitter.
Written By: ZeeBiz WebTeam
Edited By: Manas Tiwari
RELATED NEWS

Chhichhore box office collection day 2: Further establishing the fact that the Indian audience is getting more inclined towards content driven cinema,  Sushant Singh Rajput and Shraddha Kapoor starrer Chhichhore has opened well across markets. The Nitesh Tiwari directorial got a decent opening by earning Rs 7.32 crore on day 1 but saw a jump on its collection on the second day. A positive word of mouth and less competition at the box office collection helped the film rake in Rs 12.25 crore on Saturday, taking its overall collection to Rs 19.57 crore.

With positive reviews coming in, the multi-starrer is expected to grow further in the coming days with Sunday set to be a big day. "#Chhichhore jumps [67.35%] on Day 2... Glowing word of mouth is converting into enhanced footfalls and in turn, reflecting in its BO numbers... Expect further growth on Day 3... Eyes ₹ 35 cr [+/-] total in its weekend... Fri 7.32 cr, Sat 12.25 cr. Total: ₹ 19.57 cr. #India biz," movie critic, business analyst and influencer Taran Adarsh tweeted.

Nitesh Tiwari, who delivered the blockbuster "Dangal" before this, is extremely happy with audience response to "Chhichhore", but he doesn`t think much about how much money the film will earn.

The film revolves around a group of college friends who go through the good and the bad times of college and life after it.

"All of us are feeling very happy with the kind of love the movie is receiving, and the way people are recommending it to friends and families. It`s a very heartening scene. I don`t think any creator can ask for more. I feel these guys (film`s cast) have put in a lot of hard work and effort during the making the film. The way it has shaped up, I feel really happy for them," the filmmaker added, while interacting with the media during a theatre visit to promote "Chhichhore" along with the film`s cast members Varun Sharma, Tahir Raj Bhasin, Naveen Polishetty and Tushar Pandey in Mumbai.