The Supreme Court (SC) has formed a committee seeking suggestions for early disposal of pending cheque bounce cases in different courts across the country. 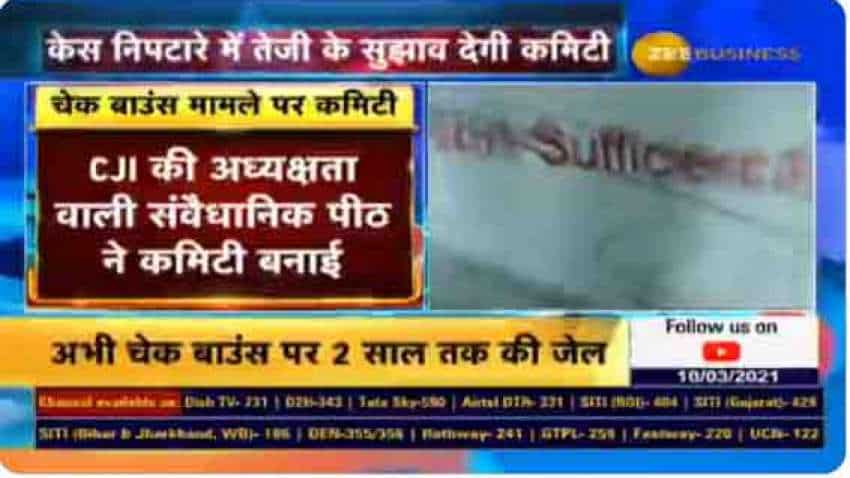 The Supreme Court (SC) has formed a committee seeking suggestions for early disposal of pending cheque bounce cases in different courts across the country. The decision by the top court comes in the wake of increasing cases of cheque bounce and in order to expedite the matter in such cases.

This committee will be headed by retired judges the Bombay High Court. Besides, other members of the committee would be officer of the department of financial services, not below the rank of additional secretary, officers of department of justice, ministry of corporate affairs, department of expenditure, ministry of home affairs, representatives of the RBI and Indian Banking Association to be nominated by its chairman, representative of the National Legal Services Authority (NALSA) and Solicitor General or his nominee.

Solicitor General Tushar Mehta or someone else from outside will also be part of the committee.

On February 25, the top court had asked the Centre whether it can create additional courts under Article 247 of the constitution for expeditious disposal of such matters.

Senior advocate Siddharth Luthra, who is assisting the top court as an amicus curia in the matter, had earlier given certain suggestions to the court for evolving a mechanism for speedy disposal of such cases including sending of summons electronically through e-mail or social media.

On March 5 last year, the top court had registered a suo motu case and decided to evolve a "concerted" and "coordinated" mechanism for expeditious disposal of such cases.