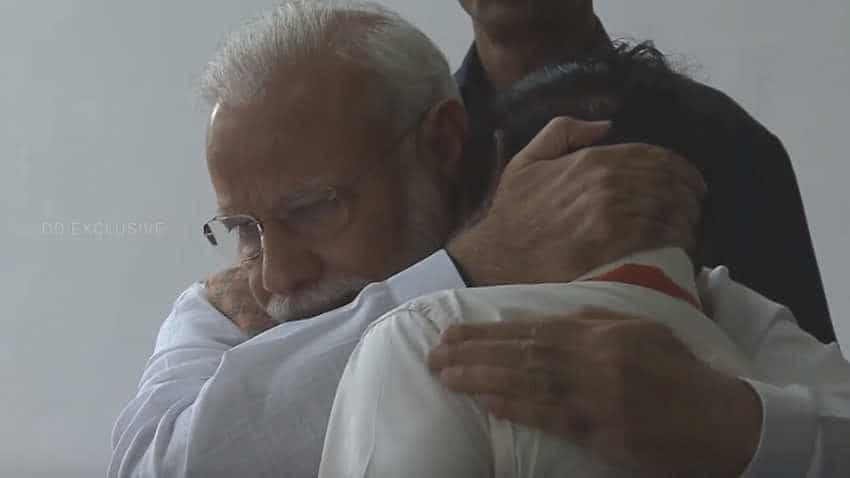 It's a very emotional moment for every Indian as the much-anticipated Vikram lander lost signal moments before its moon landing. But, PM Narendra Modi has boosted the morale of Team Chandrayaan-2.  Prime Minister Narendra Modi on Saturday addressed the scientists of ISRO and inspired them to march on. Modi said, "You came as close as you could. Stay steady and look ahead."

After PM Modi's address, ISRO chief K Sivan burst into tears. And, what PM Modi did is winning everyone's heart on social media and across internet. In this video, PM Modi too can be seen getting emotional. PM Modi hugged and consoled ISRO Chairman K. Sivan after he literally burst into tears as Modi was about to leave.

The emotional outburst of Modi and Sivan was extremely visible. Modi who was being accompanied by the scientist on his way out, immediately hugged him and held him.

Here is the VIDEO - WATCH:-

Patting Sivan's back, the Prime Minister Modi said, "Whatever you all have done today is no mean feat. I am with you. Be courageous."