Chandrayaan-2 < Rajinikanth's 2.0 + Saaho + Bahubali 2! Here's all you need to know about the mission

Chandrayaan-2 Launch: India's second moon mission Chandrayaan-2 was called off today due to technical snag in the 'Bahubali' rocket. 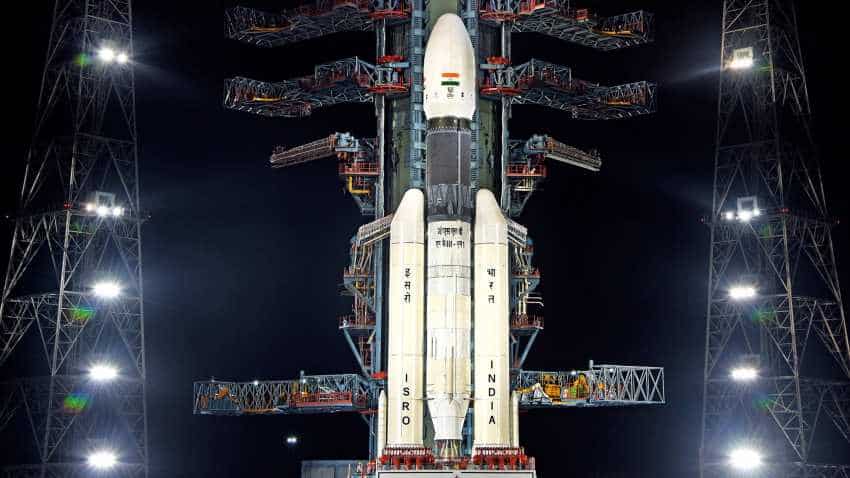 Chandrayaan-2 Launch: India's second moon mission Chandrayaan-2 was called off today due to technical snag in the 'Bahubali' rocket. Just about one hour before the rocket was to blast off, an official announced from the Mission Control Centre, "It is not possible to make the launch within the launch window. The revised launch schedule will be announced later." India is looking to create history with the second moon landing mission. The entire cost of the mission (Rs 978 crore) is surprisingly less than the combined reported cost of making of films like Rajinikanth's 2.0 (Rs 543 crore), Prabhash' upcoming Saaho (Rs 300 crore) and Baahubali 2 (Rs 250)! Here's all you need to know about the mission:

An ISRO official said that the technical snag had been noticed. They will have to approach the vehicle to assess the problem. For this, they will have to first empty the fuel loaded in the rocket, then the rocket will be taken back for further investigation. According to the official, this entire process will take 10 days after that only the new launch schedule could be announced.

Standing at about 44 metre tall, the 640-tonne rocket Geosynchronous Satellite Launch Vehicle-Mark III (GSLV-Mk III) is nicknamed 'Bahubali'. And just like the hero in the hit film by the same name lifted a heavy 'lingam', the rocket will carry the 3.8 tonne Chandrayaan-2 spacecraft.

The second and third GSLV-Mk III's went up on 5.6.2017 and 14.11.2018 carrying communication satellites GSAT-19 (3.1 ton) and GSAT-29 (3.4 ton) respectively. Interestingly, GSLV-Mk III will also be used for India's manned space mission slated in 2022. The three-stage vehicle is capable of launching 4-tonne class of satellites to the Geosynchronous Transfer Orbit (GTO).

The Rs 978 crore Chandrayaan-2 mission aims to make India the fourth nation in the world to land and ride on the moon. Other three countries to have achieved this feat are Russia, the US and China.

The GSLV-Mk III with a capacity to carry four ton satellite is a three-stage/engine rocket with two strap-on motors powered by solid fuel.

The second stage is a core liquid fuel booster and the third is the cryogenic engine. Till now, ISRO has sent up three GSLV-Mk III rockets. The first one was on 18.12.2014 carrying Crew Module Atmospheric Reentry Experiment (3.7 ton). Chandrayaan-2 mission will also test the rocket's inflight structural stability. Chandryaan-2 will separate from the rocket 973.7 seconds after its launch. The landing on the surface of the moon will take place 54 days after the launch. The lander-orbiter separation will take place on the 50th day."Chandrayaan 2 will be aided in achieving its mission by some of India`s most advanced engineering marvels. Its composite module, which comprises technology and software developed across the country, includes a wholly indigenous rover and our first lander capable of executing a `soft landing`," the space agency said.

ISRO had said earlier that at the time of launch, the Chandrayaan 2 Orbiter will be capable of communicating with the Indian Deep Space Network (IDSN) at Byalalu, as well as with the Vikram lander. The mission life of the Orbiter is one year, during which it will be placed in a 100 x 100 km lunar polar orbit. Chandrayaan 2's lander is named Vikram after Dr Vikram A Sarabhai, the Father of the Indian Space Programme.