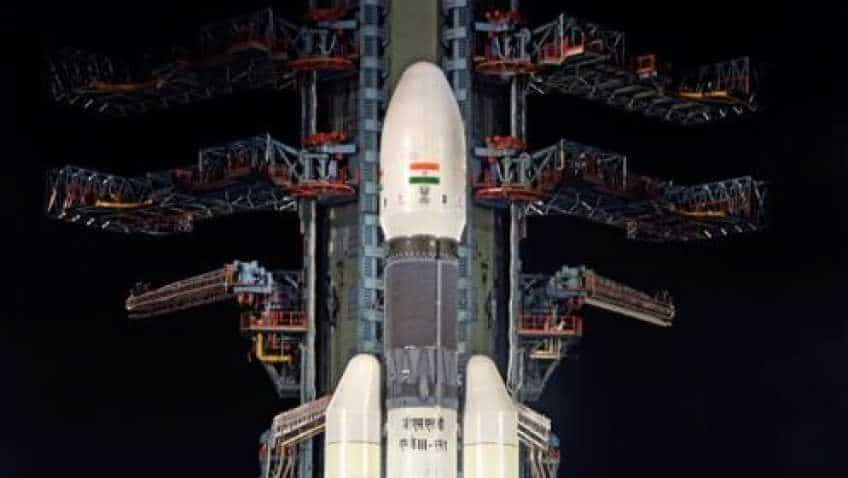 Nearest Railway Station to the launch centre is Sullurpeta, which is 18 Kilometre away from Sriharikota. According to ISRO, limited public/private transport is available from Sullurpeta to Sriharikota. Image: ISRO
Written By: ZeeBiz WebTeam
Edited By: Harish Dugh
RELATED NEWS

Chandrayaan 2 Launch: The countdown for Monday's Chandrayaan-2 mission launch will start at 6.43 p.m. on Sunday, ISRO chairman Sivan said today. The launch rehearsal of GSLVMkIII-M1/ Chandrayaan-2 mission was completed on Saturday and the performance was normal, ISRO had said. Early this week, Indian Space Research Organisation (ISRO) had announced a new launch date for its ambitious second Moon landing mission Chandrayaan-2. It will now be launched tomorrow (July 22), seven days after the ambitious launch by ISRO had to be aborted an hour before the lift-off. ISRO tweeted on Thursday: "Chandrayaan-2 launch, which was called off due to a technical snag on July 15, 2019, is now rescheduled at 2.43 p.m. IST on Monday, July 22, 2019." ISRO has rectified the fault in its 'Bahubali' rocket-Geosynchronous Satellite Launch Vehicle-Mark III (GSLV-Mk III) whose Monday flight with Chandrayaan-2 spacecraft was called off an hour before its liftoff at 2.51 a.m, IANS reported.

"Reaching greater heights is part physics and part faith. Thank you for giving us more than enough of the latter! Chandrayaan 2 is ready to take a billion dreams to the Moon — now stronger than ever before! Join us for the launch on Monday — 22 July 2019 — at 2:43 PM IST," ISRO said in a series of tweets.

To rectify the fault, ISRO had constituted an expert committee to go into the root cause of the snag. Non-building of sufficient pressure in the helium tanks in the rocket could be the reason for calling off the Moon landing mission one hour before the rocket's takeoff, two retired officials of the Indian space organisation told the news agency. ISRO officials said that the committee identified the root cause of the technical snag and all corrective actions were implemented. Officials said that the fault was rectified at the second launch pad itself where the rocket has been positioned for the July 22 launch.

When to watch Chandrayaan 2 Launch Live:

You can watch the launch LIVE on at 2.43 pm tomorrow.

Where to watch LIVE Launch of GSLVMkIII-M1

Online registration for witnessing the launch of GSLV MkIII-M1/Chandrayaan2 from viewer's gallery at Satish Dhawan Space Centre SHAR, Sriharikota was opened this week. The registration had commenced from 6 pm on July 19 (Saturday), 2019. For online registration, visit this link - https://www.shar.gov.in/VSCREGISTRATION/index.jsp.

Nearest Railway Station to the launch centre is Sullurpeta, which is 18 Kilometre away from Sriharikota. According to ISRO, limited public/private transport is available from Sullurpeta to Sriharikota.