You too can witness this big moment - Here is how:- When and where to WATCH Chandrayaan 2 landing LIVE 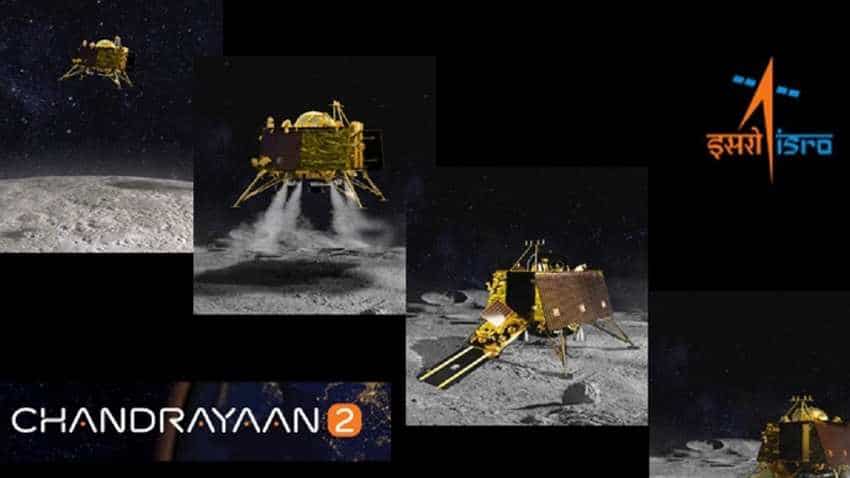 On successful completion, it will make India the fourth country after Russia, the US and China to soft-land on the Moon.

It's a big and proud moment for every Indian! India is all set to create history with the landing of the Chandrayaan 2 spacecraft that is expected to touch down on the Moon’s South Pole. The soft landing of Chandrayaan-2 Vikram lander on lunar surface is scheduled between 1:30 am to 2:30 am on Saturday, September 07, 2019. This will be followed by the Rover roll out between 5:30 am to 6:30 am. Taking to Twitter, PM Narendra Modi urged people to watch the landing of Chandrayaan 2. PM tweeted, "I urge you all to watch the special moments of Chandrayaan - 2 descending on to the Lunar South Pole! Do share your photos on social media. I will re-tweet some of them too."

You too can witness this big moment - Here is how:- When and where to WATCH Chandrayaan 2 landing LIVE

According to official information, after the landing, the rover - 'Pragyan' will carry out experiments on the lunar surface for a period of one lunar day, which is equal to 14 earth days, as per DD National.

The mission objective of Chandrayaan 2 is to develop and demonstrate India's capability of using key technologies for end-to-end lunar missions, including soft-landing and releasing of a rover on the lunar surface.

On successful completion, it will make India the fourth country after Russia, the US and China to soft-land on the Moon.