The Chandigarh airport will soon be ready to handle wide-bodied aircraft, linking the city to far off international destinations in the US and Europe, Union Minister Jayant Sinha said Tuesday. 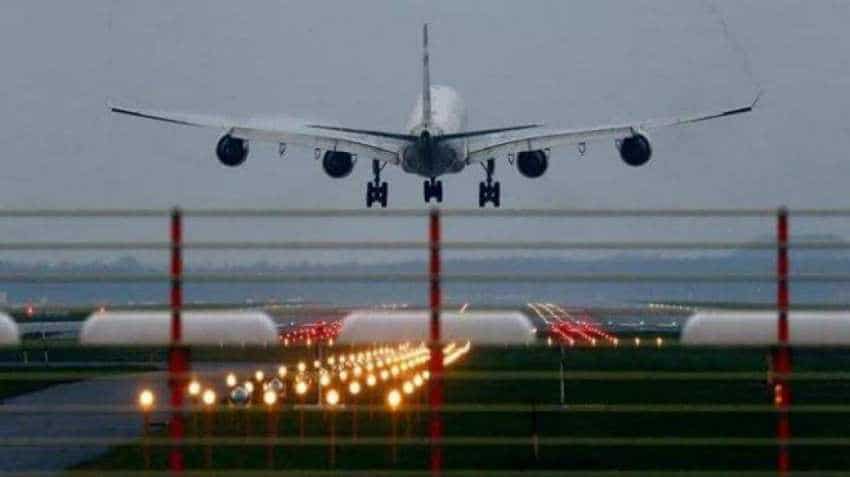 The Chandigarh airport will be made available for night operations as well by March 2019, said Sinha. Image source: Reuters
Written By: PTI
RELATED NEWS

The Chandigarh airport will soon be ready to handle wide-bodied aircraft, linking the city to far off international destinations in the US and Europe, Union Minister Jayant Sinha said Tuesday. The Minister of State for Civil Aviation made the remark while addressing a conference on "Making India an Aviation Hub: Giving Wings to Aviation Sector in North", organised by the Confederation of Indian Industry (CII),  Chandigarh.

The Chandigarh airport will be made available for night operations as well by March 2019, said Sinha. The operation of wide-bodied aircraft would provide the city direct air linkages to major international destinations, including those in the US, Europe, Canada and the UK. The airport would be suitable for big aircrafts such as Boeing 787, Boeing 777 and Airbus 330.

The existing Chandigarh airport runway can cater only to middle-body aircraft that could fly only to domestic destinations and a few closer destinations aborad including Dubai, Sharjah and Bangkok. The airport lies in defence airfield which is increasingly being used by civilian operators. The Air Traffic Control and runway operations lie with the IAF. The first phase of the airport runway repairs was carried out from February 12 to 26 this year and the airport remained shut for all flights. The second phase of closure was from May 12 to May 31.

Sinha said the Indian aviation sector is booming at an unprecedented rate with the domestic passenger trips registering a double digit growth from 6 crores in 2013 to 12 crores in 2017, while the overall trips have gone up from 10 crore in 2014 to 18 crore in 2018. Talking about the Centre's policies, Sinha said a new approach towards regulating airports on the yield basis rather than the revenue basis has been introduced to promote the aviation sector.

This will help in keeping the prices in control and will benefit the airline operators and the passengers, he said. Other initiatives such as relaxation in the FDI norms, ease of doing business also make the aviation sector an attractive destination for investors, he said. Aviation was going to be one of the largest industries in India and would have a multiplier effect on other sectors as well, the minister added.

Sharing the Centre's plan for infrastructure growth, Sinha said that under the NABH (NextGen Airports for Bharat) initiative of the Union government, the ministry has committed an investment of Rs 1 lakh crore for development and expansion of new and existing airports to reach the target of 1 billion passenger trips in coming years.

These include greenfield airports such as Jewar, Hisar, Ludhiana and Pathankot. On growth of the aviation sector in Haryana, Additional Chief Secretary Devender Singh of the state's Industries and Civil Aviation Department, said Hisar is being developed as an aviation hub in the state, under the RCS-UDAN scheme. "The state government intends to invite Non Scheduled Operator Permit (NSOP) Holders to operate on mutually acceptable routes from Hisar, with attractive incentives. The state government has proposed tie ups for flights from Hisar-Chandigarh to Shimla, Kullu, Dharamsala etc," he said.

Singh said the Haryana government also plans to set up units for small-scale maintenance, repair and overhaul, fixed base operations (FBO), defence manufacturing and defence MRO as part of the Phase II expansion of the Hisar Airport. Punjab Civil Aviation Secretary Tejveer Singh said both Ludhiana and Pathankot are being developed as fully functional airports in Punjab.

On the regional connectivity, CII (Northern Region) chairman Sachit Jain said Chandigarh needs to be developed and promoted as regional hub for air connectivity in the north.