LOS ANGELES (Reuters) - Chadwick Boseman was named best movie actor at the Golden Globe awards on Sunday, six months after his death at age 43 shocked fans around the world. 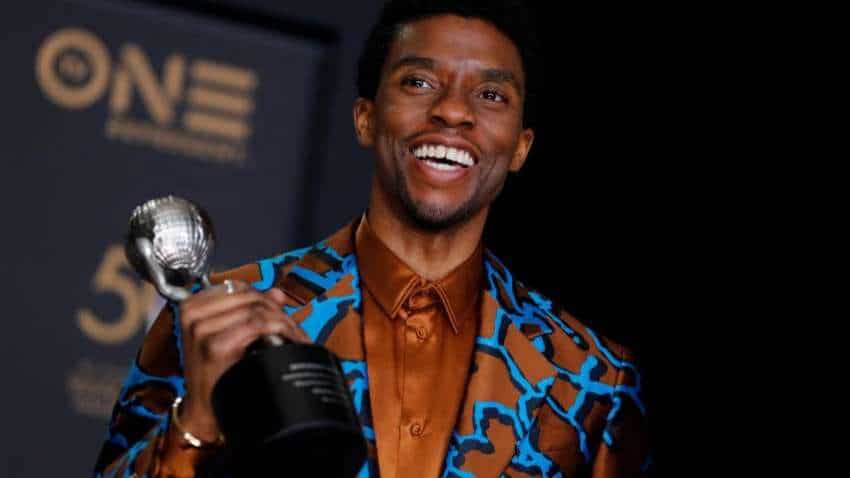 LOS ANGELES (Reuters) - Chadwick Boseman was named best movie actor at the Golden Globe awards on Sunday, six months after his death at age 43 shocked fans around the world.

Boseman, best known for the superhero movie "Black Panther," was awarded the Golden Globe for lead actor in a movie drama for his role as an ambitious trumpet player in 1920s jazz drama "Ma Rainey`s Black Bottom."

His widow, Simone Ledward Boseman, delivered a heartbreaking speech while accepting the award through tears on Boseman`s behalf.

"He would say something beautiful," she said. "Something inspiring. Something that would amplify that little voice inside of all of us that tells you you can. That tells you to keep going ... and I don`t have his words."

"Ma Rainey" was Boseman`s last film performance, and Sunday`s Golden Globe marked the biggest Hollywood award for Boseman in his career in film and television. He has also won posthumous awards for the "Ma Rainey" role from several movie critics groups but was never Oscar- or Golden Globe-nominated while he was alive.

Boseman died in August 2020, having kept secret a four-year battle with colon cancer.

In "Ma Rainey," the screen adaptation of August Wilson`s stage play of the same name, Boseman plays trumpet player Levee, hungry for change, who clashes with blues singer Ma, played by Viola Davis, on a hot 1920s day in a Chicago recording studio.

In one of the play`s key moments, Levee rails against God for turning his back on Black people in a speech that fellow cast members said gave them the chills when filming, even though they were unaware he was struggling with cancer.

"Something very spiritual happened in that moment. It was something you could not look away from. ... It was an extraordinary moment. It was a terrifying moment as well," actor Michael Potts said in an interview last year.

Boseman is also nominated for a Screen Actors Guild award next month, and is widely expected to be a strong Oscar contender when nominations are announced in mid-March.

"And honey, you keep `em coming," Ledward Boseman said at the end of her Globes speech.