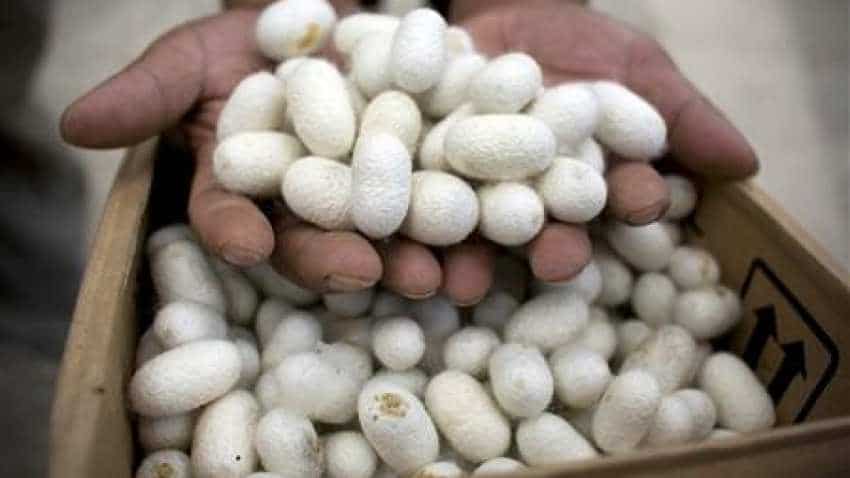 Launching the Integrated Large Scale Eri Farming in Arunachal Pradesh under North East Region Textile Promotion Scheme (NERTPS) at the state assembly here, Irani said the government has decided to provide financial assistance to 4000 beneficiaries under the scheme in the state.

Irani also assured to impart skill training to seri farmers and weavers under the Samarth Scheme, which was launched for capacity building in the textile sector.

The union minister said that Eri silk farming would be held in about 1000 acres in the chosen districts.

If any registered weaver wants to upgrade their old looms then the government would give 90 percent financial assistance in buying a new one, she added.

"If the children of poor weaver families want to pursue higher studies either through National Institute of Open Schooling or Indira Gandhi National Open University, the government will bear 75 percent of their fees," she said.

Union Minister of State for Home, Kiren Rijiju said the traditional weaving culture in the state provides vast opportunity for textile sector and NERTPS is a scheme for women empowerment and employment generation.

Later interacting with the weavers, Irani suggested registration and branding of the loin loom products of every tribe in the state, a Raj Bhawan communique informed.