Centre to launch 'one nation, one ration card' scheme

With an aim to contain corruption and heavy dependence on Public Distribution System (PDS) shop, the Modi Government is mulling launching 'one nation, one ration card' scheme. 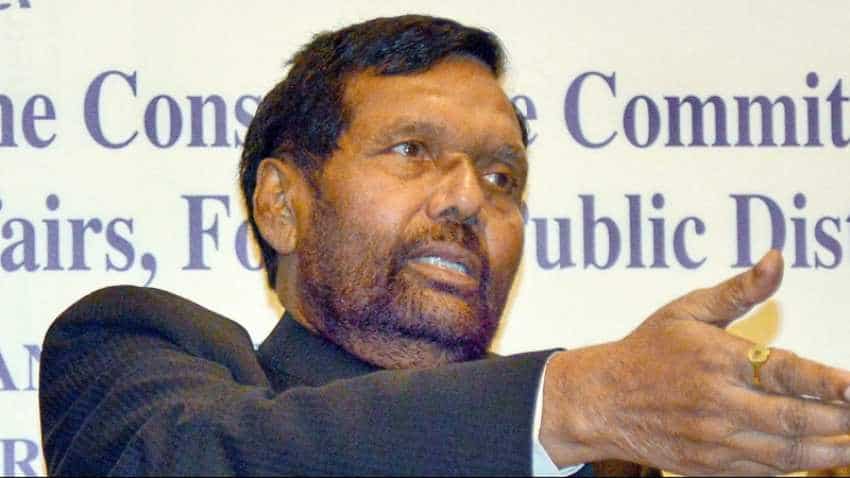 The Union Minister Ram Vilas Paswan will ensure that all beneficiaries especially migrants can access PDS across the nation from any shop of their own choice. Photo: PTI

"This will provide freedom to the beneficiaries as they will not be tied to any one PDS shop and reduce their dependence on shop owners and curtail instances of corruption," the Ministry said in a statement.

It added that in the next two months, beneficiaries of Telangana and Andhra Pradesh will be able to access the PDS shops. The objective of the department is to ensure that this is implemented nationally in a time-bound manner.

At present, the Integrated Management of PDS (IMPDS) is a system that is already operational in Andhra Pradesh, Gujarat, Haryana, Jharkhand, Karnataka, Kerala, Maharashtra, Rajasthan, Telangana and Tripura wherein a beneficiary can avail his share of food grain from any district in the state. Other states have also assured that IMPDS will be implemented at the earliest, the statement said.

There will also be the creation of a Central Repository of all RCs which will help in checking duplication. (With inputs from IANS)

Modi government's next big plan: One Nation, One ration Card!