The fear that at DHFL may spill over to other non-banking finance companies (NBFC) has pushed the government to introduce fresh rules and regulations to bring even the financial sector under the purview the Insolvency and Bankruptcy Code (IBC). 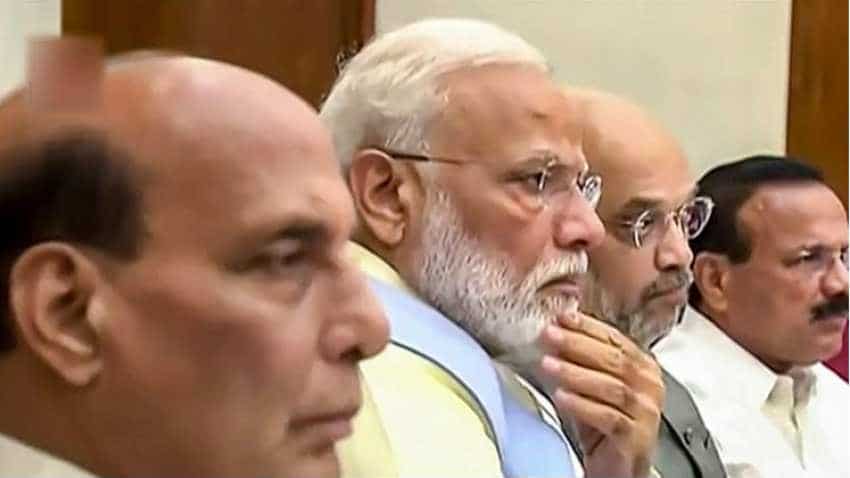 Ministry of Corporate Affairs (MCA) has finalized new rules under Section 227 of IBC that would be notified soon after all the concerns of market regulator SEBI and financial sector regulator RBI are addressed. Photo: Reuters
Written By: IANS
RELATED NEWS

The fear that at Dewan Housing Finance Corporation (DHFL) may spill over to other non-banking finance companies (NBFC) has pushed the government to introduce fresh rules and regulations to bring even the financial sector under the purview the Insolvency and Bankruptcy Code (IBC). A government source said that Ministry of Corporate Affairs (MCA) has finalized new rules under Section 227 of IBC that would be notified soon after all the concerns of market regulator SEBI and financial sector regulator RBI are addressed.

"There is a definite plan to open a window under existing insolvency laws to bring a certain category of financial institutions including Housing Finance Companies under the purview of IBC. The delay is on account of concerns expressed by the regulators. They are being addressed and soon we will have provisions to deal with all cases of default affecting the NBFCs," said the source quoted earlier.

Regulators fear that the initiation of insolvency proceedings against a strong NBFC may have a spiralling effect that could start other entities in the sector. This could put a serious risk on depositors and investors` money parked in several of these NBFCs. This issue has emerged in the case of DHFL and earlier IL&FS where defaults scared the entire sector that faced the prospect of the liquidity crisis.

"Section 227 is an enabling provision that gives inherent power to the government to include a class or all of NBFCs under IBC. So changes can be brought about without amending the law through notification. But government will have to be careful that it includes only certain class of financial institutions such as HFCs, brokerages, non-systemic important NBFCs under IBC and not mutual funds and banks as it could trigger negative sentiments," said Manoj Kumar, partner at insolvency expert and corporate advisory firm Corporate Professionals.

The Section 227 of IBC reads: "Notwithstanding anything to the contrary examined in this Code or any other law for the time being in force, the Central government may, if it considers necessary, in consultation with the appropriate financial sector regulators, notify financial service providers or categories of financial service providers for the purpose of their insolvency and liquidation proceedings, which may be conducted under this Code, in such manner as may be prescribed."

DHFL may be one of the first cases to test the notified rules under Section 227 of IBC. Sources indicated that the current resolution of DHFL under banks inter-creditor agreement is unlikely to bear any results and crediots may be forced to refer it to once rules are in place.

DHFL is one of the largest HFCs that ran into trouble last year soon after the collapse of IL&FS. Banks have an exposure Rs 46,000 crore in DHFL.

The changes including NBFCS under IBC would not be different from how insolvency is initiated against other entities. The rules will clealy specify under what circumstances and who can initiate insolvency proceedings against NBFCs. The rule will allow for a period of moratorium over payment obligation of the affected NBFCs.

The government is also looking at notifying inclusion of NBFC under IBC as its earlier plan to deal with the issues under the proposed Financial Resolution and Deposit Insurance (FRDI) Bill fell flat. The government withdrew FRDI Bill as it caused caused a lot of furore among the general public. The bill contained a `bail-in` clause for resolution of bank failure which was perceived to be against the interest of the depositors.