Centre to issue advisory against service charge on food bills

"Our Department's view is that imposing service charge is an unfair trade practice and consumers need not pay," Paswan had said in January. 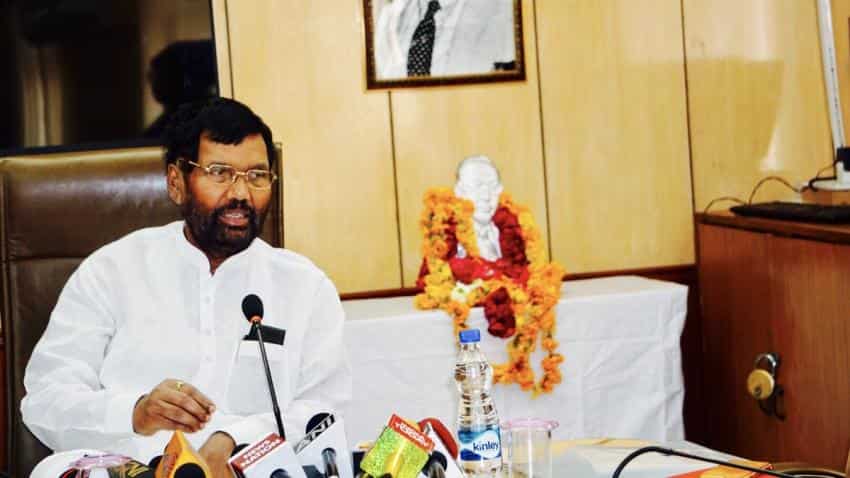 The government plans to issue an advisory to states asking them to crack down against unfair imposition of service charge on food and drink bills, Food and Consumer Affairs Minister Ram Vilas Paswan said today.

"Service charge does not exist. It is being wrongly charged. We have prepared an advisory on this issue. We have sent it to the PMO for approval," Paswan told reporters here.

A senior ministry official said the advisory, once approved by the Prime Minister's Office (PMO), will be issued to all states and union territories. The advisory will also be useful for Voluntary Consumer Organisations (VCOs) fighting for consumer right, he said.

"No customer should be forced to pay service charge. If customers want they can pay a tip to waiters or give their consent to levy the charge in the bill," the official said while explaining the nature of proposed advisory.

The levying of service charge without seeking customer consent will be considered as unfair trade practice under the Consumer Protection Act, he added.

The minister said consumers should be informed about service charge in the menu card itself. Earlier too on several occasions, Paswan spoke against unfair imposition of service charge on food bill and had even sought explanation from hotels and restaurants' bodies.

In January, the Department of Consumer Affairs stated that service charge on food bills is not compulsory and a customer can choose to have it waived if not satisfied with experience.

States were told to ensure that hotels/restaurants disseminate this information through displays in their premises.

"A number of complaints from consumers have been received that hotels and restaurants are following the practice of charging 'service charge' in the range of 5-20 per cent, in lieu of tips, which a consumer is forced to pay irrespective of the kind of service provided to him," it had said.

Highlighting provisions under the Consumer Protection Act, 1986, the ministry had said a consumer can make a complaint to the appropriate consumer forum against unfair trade practices.

"Our Department's view is that imposing service charge is an unfair trade practice and consumers need not pay," Paswan had said in January.

The minister had said there was no provision under the existing law to take action against hotels/restaurants.

ALSO READ: Service charge on your restaurant bill is not mandatory, Govt clarifies

On food wastage at hotels and restaurants, Paswan said the government will not bring a law or issue any advisory, rather it will encourage them to take voluntary steps.

Hotels and restaurants have been asked to take voluntary measures such as training its staff to create awareness amongst customers on portion of dishes served.