Centre lowers GST rate to 5% from 18% on ethanol 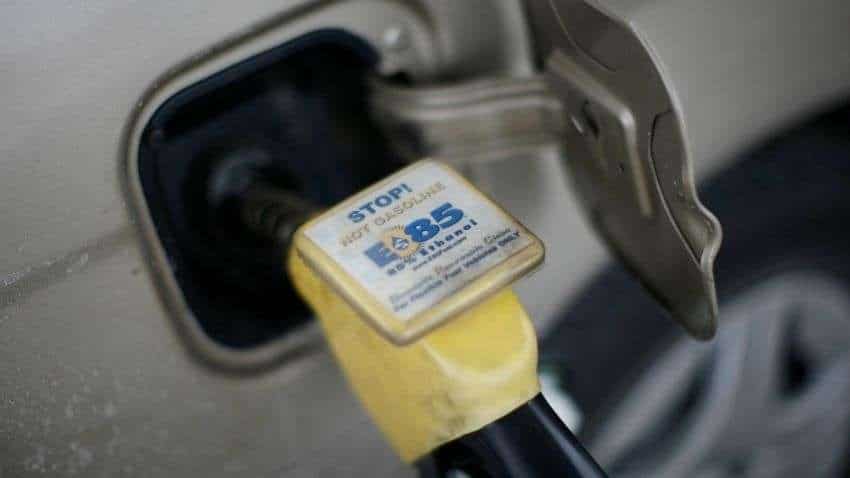 The measures taken by the Government to reduce dependence on imported gasoline. Reuters Photo

The Central Government has lowered the Goods and Services Tax (GST)  rate to 5 per cent from 18 per cent on ethanol meant for blending under the Ethanol Blended Petrol (EBP) Programme.

The Minister of State for Petroleum and Natural Gas, Rameswar Teli in a written reply to a question in the Lok Sabha today informed that in order to promote ethanol blending, the Government has lowered the Goods and Services Tax (GST) rate to five per cent from 18 per cent on ethanol meant for blending under the Ethanol Blended Petrol (EBP) Programme.

The procurement price of ethanol produced from sugarcane-based feedstocks like C&B heavy molasses, sugarcane juice, sugar, sugar syrup is fixed by the Government and from food grain-based feedstocks by Public Sector Oil Marketing Companies on an annual basis.

The measures taken by the Government to reduce dependence on imported gasoline include a number of policy initiatives for an increase in domestic crude oil production by generating quality geo-scientific data and its easy access, awarding new exploration acreage, expediting production from new development acreages and focus on production maximization from existing production acreages.

According to the statement, it has promoted the usage of biofuel in the country by notification of the National Policy on Biofuels (NPB) - 2018 which allows the use of multiple feedstocks for producing bio-ethanol for increased supply of ethanol for blending with petrol.

The initiatives on the supply side of ethanol have prompted the Government to advance the target of 20 per cent ethanol blending in petrol in the country from 2030 to 2025-26.