Testing to be ramped up along with vaccination saturation in targeted districts for vulnerable groups. 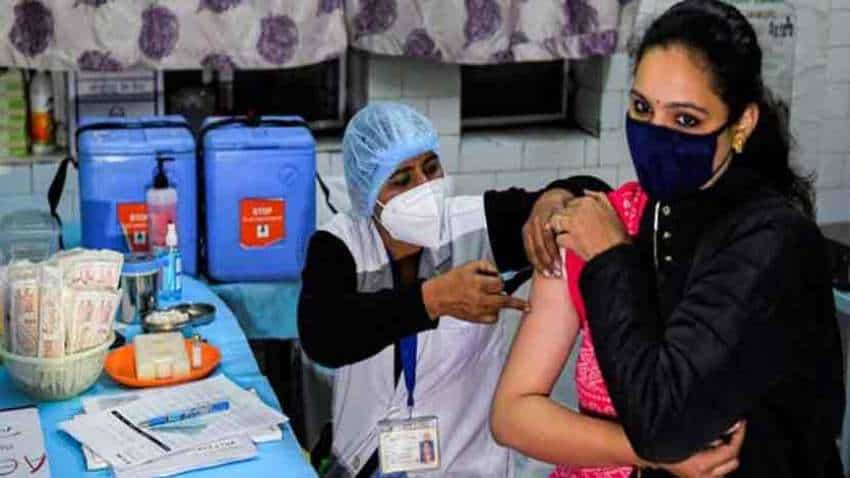 These States are either reporting a rise in new daily COVID cases or a rise in positivity. Dr Balram Bhargava, DG ICMR and Secretary (DHR) was also present. Principal Secretary (Health), Mission Director (NHM), State Surveillance Officer of all these states participated in the review meeting.

Health Secretary underlined the critical COVID control and management strategies as below:

1. All districts reporting positivity rate more than 10% in the last few weeks need to consider strict restrictions to prevent/curtail movement of people, formation of crowds and intermingling of people to prevent spread of infection. It was forcefully underlined that any laxity at this stage will result in deterioration of the situation in these districts.

2. More than 80% active cases in these states are reported to be in home isolation. There is need to effectively and strictly monitor these cases so that they are not intermingling and circulating in their neighborhoods, community, village, mohalla, ward etc., and spreading the infection.

3. The people in home isolation should be effectively monitored in such a manner to ensure that those who require hospitalization are seamlessly transferred for timely clinical treatment. Detailed SOPs covering various facets of effective clinical management of COVID19 patients in hospitals have been earlier shared with the States for prompt shifting and effective hospital management.

4. States also to focus on those districts where the positivity rate is less than 10%, so as to protect these districts and the populations by focusing on saturation of vaccination in these districts. Union Health Ministry provides advance visibility on a fortnightly basis to enable the states to plan their vaccination schedules in an effective manner. States were again informed that this quantum of vaccine doses indicates the minimum possible allocation by the Centre to the States; quantum  more than this is usually delivered by the Union Health Ministry to States based on their consumption.

5. In the last two months, the Union Government has been supporting States by providing oxygen concentrators, oxygen cylinders and PSA plants. In addition to this, States are using their own resources to put up PSA plants in government hospitals. States were advised to direct private hospitals to put up hospital-based PSA plants. States have been advised earlier regarding this in the past two months. Provisions under the Clinical Establishment Act enable States to issue such direction to the private hospitals. For states which have already issued such directions, they were advised to review the status and facilitate the private hospitals further.

States have been advised to conduct their own state level sero-surveys for district-wise disease prevalence data, as the national level sero-prevalence survey was heterogeneous in nature, in collaboration with ICMR to ensure the same sturdy protocols of survey. He advised the States to ramp up vaccination in the 60+ and 45-60 age categories as evidence shows near 80% of the mortality is from these vulnerable age-groups. Regarding enforcement measures, he advised the State authorities for avoiding all non-essential travel and to discourage all large gatherings of crowds.

Through a detailed presentation, a granular analysis of the highly affected districts (Districts of Concern) in these states, COVID-19 Vaccination Coverage, Status of Ventilators, PSA Plants, Oxygen Cylinders and Concentrators along with some key statistics was presented.
States were asked to use the INSACOG laboratory network for genomic surveillance to screen International Travelers (for the entry of new variants/mutants in India from other countries), monitor ongoing surveillance through Sentinel Sites (RT-PCR labs or secondary & tertiary care hospitals managing COVID cases) and surge surveillance.

States were advised to:
• Undertake intensive containment and active surveillance in clusters reporting higher cases.
• Define containment zones, based on mapping of cases and contacts traced.
• Undertake regular reviews and follow-up for implementation of ECRP-II with a focus on augmentation of existing health infrastructure particularly in rural areas and paediatric cases.
• Report death count as per ICMR guidelines.