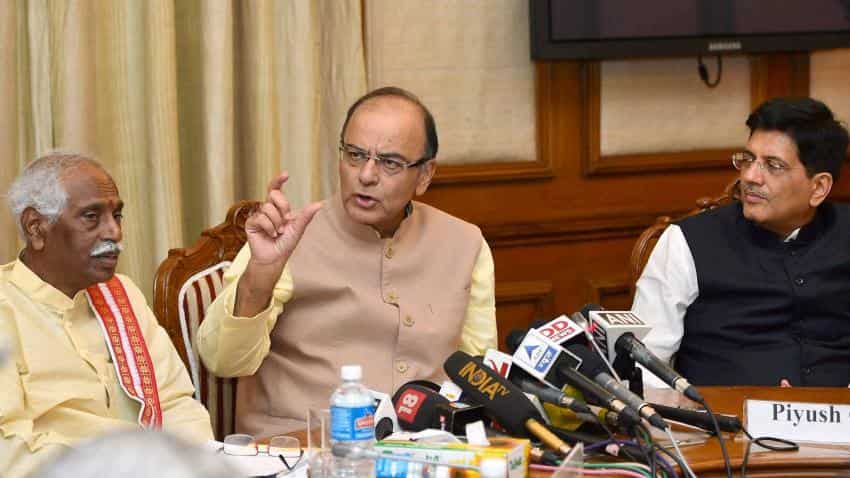 The Government of India on Tuesday announced a hike in minimum wage for unskilled non-agricultural workers to Rs 350 per day in an attempt to calm trade unions that have threatened to go on a nationwide strike on September 2.

Finance Minister Arun Jaitley, Union Minister of State for Labour and Employment Bandaru Dattatreya had hold a joint press conference on the minimum wages for unskilled non-farm workers in New Delhi on Tuesday, cited the Ministry of Labour and Employment in a release. Union Minister of State for Power, Coal, New and Renewable Energy and Mines Piyush Goyal also attended the conference.

"It has been decided that, based on the deliberations in the meeting of the Minimum Wage Advisory Board under the Chairmanship of Minister for State for Labour and Employment for revising the basic minimum wages for central sphere, the Government has decided to fix the minimum wages at Rs 350 per day for unskilled non-agricultural workers for ‘C’ category areas keeping in view the modalities of fixing minimum wages," the release said.

Dattatreya had held meetings with Central Trade Union leaders wherein detailed discussions were held in regard to their charter of demands, it added.

According to the release, the government took several decisions during its meet with trade unions on Bonus Amendment Act, steps to resolve pending cases on bonus payment, making registration of contract workers and their staffing agencies mandatory, among others.

"The Bonus Amendment Act will be implemented strictly. The Central government will pay bonus for the years 2014-15 and 2015-16 based on revised norms,"cited the statement.

The Ministry of Labour and Employment further said in a statement that the Central government will take necessary steps to resolve the cases pending in High Court/Supreme Court with regard to payment of bonus.

The registration of the contract workers and their staffing agencies is mandatory as per law and states will be advised to strictly implement the same, noted the ministry's statement. Erring contractors will face appropriate action for any violation in this regard, it added.

According to the ministry's statement, the issue of giving social security benefit to the unorganised sector (eg. Anganwadi, Mid-day meal, Asha volunteers, etc.,) will be examined by a committee which will give its report at the earliest. Advisories will be issued to all the states governments to ensure that registration of trade unions takes place within 45 days, the statement said.

During the press conference, Dattatreya appealed to trade unions to reconsider their call for strike in national interest.

As many as 10 central trade unions have given a call for a one-day pan-India strike on September 2, 2016, to protest against the government's labour reforms and "not paying heed to their demands", PTI news agency reported on Tuesday.