It is very important for investors to know which cement stocks they should buy or sell in the midst of price hike, as such does impact the earnings of a company. 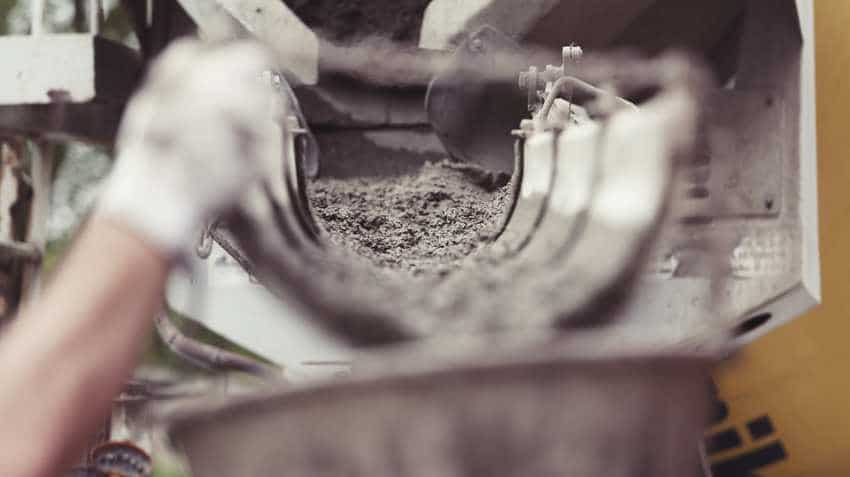 Analysts at Motilal Oswal are expecting an upward trend in prices of cements, which will make buying of this product costly ahead. Photo: Pixabay

Currently, the prices of cement has been in a mixed bags with few states in North and central region hiking them and southern parts continuing the downward trend.  Interestingly, a new trajectory has been made, and it will not be a good news for a host of firms like cement industry, construction or real estate developers. Analysts at Motilal Oswal are expecting an upward trend in prices of cements, which will make buying of this product costly ahead. With this, it is very important for investors to know which cement stocks they should buy or sell in the midst of price hike, as such does impact the earnings of a company.

In the mid-January 2019, the prices of cement were hiked  in the north and central regions between Rs 7 to Rs 10 per bag. However, Motilal says, “ these hikes were not sustainable and rolled back in a few days in parts of central.”

In cities like Delhi and Jaipur, hikes were made ranging from Rs 2 to Rs 3 per bag. On other other hand, price of cement in Punjab tumbled by Rs 10 per bag owing to poor demand.

Consequently, Motilal says, “prices remained flat MoM in north and increased marginally by 1% in the central region (due to price hike of INR10/bag in Lucknow).”

On the other hand, price of cements in south continued on their downward trend. Prices dropped to the extent of Rs 10/bag in Chennai and Bangalore.

Surprisingly, Motilal  notes  that various southern players have indicated a price hike in the region from 1st Feb’19. Sagar Cement is planning to take a price hike of Rs 45-50/bag in the Hyderabad market. The company indicated that it would not compromise on prices for volumes and that it would sell only in regions with favourable realizations. The company believes that other players in the industry would have taken a similar stance.

Nevertheless, Motilal believes that, the market will not be able to absorb such huge hikes, and in the best-case scenario, Rs 10/bag of hike is sustainable.

Coming to eastern region, prices remained mostly flat with Chhattisgarh witnessing a decline of Rs 8/bag and Bihar witnessing an increase of Rs 10/bag in the second half of January 2019 month.

Meantime, in western areas, prices increased in Pune only in the second half of the month, as companies reduced dispatches and diverted it to the southern market. Price hikes announced in Mumbai and Nagpur were rolled back. As a result, prices remained flat MoM in the region.

In the midst of price hike, Motilal gave few stock picks which can be best bet in the industry.

In Motilal Oswal’s view, we prefer companies with higher exposure to north, as the region is likely to witness highest utilization improvement – we prefer SRCM. We are also confident on ACC, which is on the growth capex mode and working on cost rationalization. Among companies not exposed to the north markets, we like Dalmia Cement (DBEL), which is likely to see a multiple re-rating, led by strong earnings CAGR over the next two years, driven by healthy volume growth.

ACC - The company  is on a growth capex mode and appears to be narrowing its profitability gap with peers, led by its higher proportion of (a) premium sales and (b) sales from its new cost-efficient units of Jamul and Sindri. The stock trades at 8.1x/6.4x on CY19/20E EV/EBITDA and EV/tonne of $87/$81 on CY19/20 capacity. Target price of Rs 1,804 is set.

Shree Cement (SRCM) - The company is increasing its domestic capacity by ~22% over FY18-21 at an estimated capital cost of $25/t. SRCM’s relatively low cost of production compared to peers has resulted in healthy margins and return ratios. It is expected to deliver a better performance than industry due to (a) capacity ramp-up over FY17-21 and (b) a favorable market mix, with higher exposure to the north markets (>70%), where cement prices are likely to be healthy. Hence, a price target of Rs 20,221 is set.

Therefore, if you are planning to buy any cement stocks, then it is advisable to remember the above mentioned points. As everyone loves to make hefty gains on their investment.