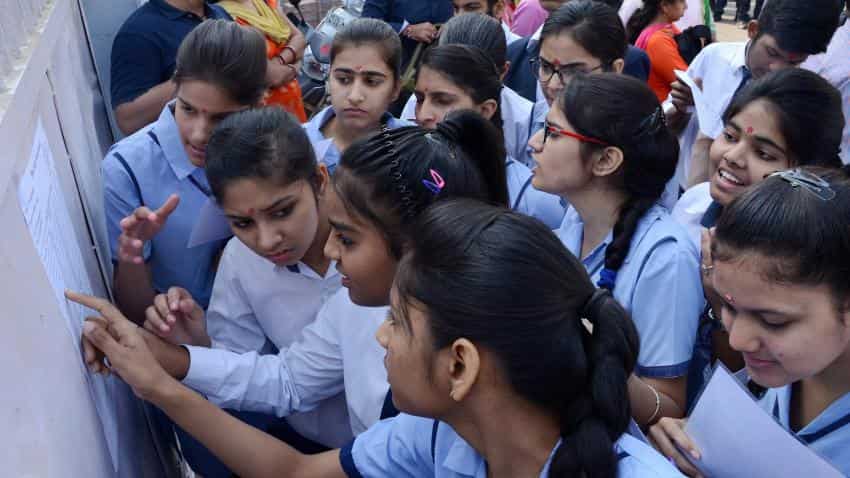 CBSE result 2018 date: The CBSE Board exams for class 10 and 12 began on March 5. Over 28 lakh students of these classes have appeared for the examinations conducted by the CBSE. Image source: PTI
Written By: ZeeBiz WebTeam
RELATED NEWS

CBSE result 2018 class 12 date: Will there be a delay due to economic paper leak? Find out

CBSE result 2018: Big relief for students; here is what the Board has done

CBSE result 2018 date: The Board conducts examinations annually in the months of February-March-April and the results are declared later in the months of April-May-June on the official website cbse.nic.in. As we know most of these exams are over and students are now eagerly waiting for their board exam results. Both class 10 and class 12 examinations are critical as they decide the fate of the students future like no other thing can. As soon as the results of various boards will be announced, the students will be able to check their results online by entering their roll numbers. They can also see their results through SMS or phone.

The students of class 12 had to face hard times as the reports that the economics paper was leaked on social media. Earlier, the CBSE denied any leak happened, but later decided to take the retest in one  particular paper. There were reports of class 10 maths paper leak too but the board later decided not to hold re-examination, thereby giving big respite to students. The CBSE has, however, stated that from the next session it will further tighten the system to avoid such incidents by rolling out a new system that would be applicable to all.

Here is wishing good luck to everybody!

CBSE result 2018 class 12 date: Will there be a delay due to economic paper leak? Find out

CBSE result 2018: Big relief for students; here is what the Board has done